It's autumn, so let's go hunting for mushrooms 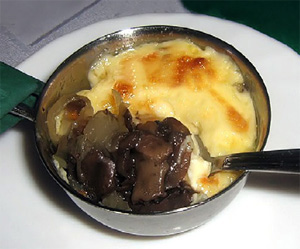 They're out there right now. Slinking through the forests, knife in hand, they overturn stones, look under stumps and into boles. Their prey is sometimes deadly, yet they have studied it and know its ways. They are the mushroom hunters, and every autumn they come out in droves.

Mushrooms have long had a special place in Russian culture, and on the Russian table. When crops failed, peasants counted on them to stave of starvation. After the introduction of Orthodox Christianity, mushrooms became a stand-in for meat during Lent. In Czarist times, when the French developed a taste for Russian mushrooms, fungus-finding trumped farming as a profitable activity in some Russian regions.

The love of mushrooms - and of mushroom hunting - continues to this day. Russian men remember trailing behind his babushka, basket in hand, as she searched for the perfect lisichki, or chanterelles, and both men and women, young and old, enthusiastically set out in pursuit of a few prize specimens for the dinner table. Take note, however: mushroom hunting is not for the inexperienced. Unless you are with a veteran mushroom hunter, the best rule is: "When in doubt, throw it out."

Not surprisingly, there are a vast array of Russian dishes where mushrooms are featured. Julienne, the one I've included here, is a mushroom casserole that originated in France, but its ingredients made it an instant hit in Russia at the beginning of the 19th century. It is now a standard appetizer on the menu of any Russian restaurant around the world.

1. Melt butter in a pan over medium heat.

3. Sautee for 5-7 minutes, adding flour towards the end. Remove when flour begins to turn a golden brown.

5. Transfer mushroom mixture to a heatproof baking dish or pan (in Russian restaurants, small aluminum ramekins are used) and sprinkle top with cheese.

6. Broil casserole until cheese is melted and lightly browned and bubbling on top.

o 200 grams wild mushrooms, cleaned, stemmed and sliced. Obviously, the mushrooms make the dish, so be sure that you use more flavourful ones such as shitake or chanterelle. Mix with portobello or button mushrooms if you like.