There is no choice but to remain unique 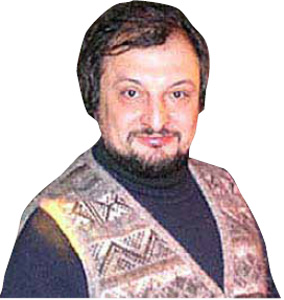 Russia's IT market is one of the fastest growing in the world, and this trend is likely to persist. The market was estimated at $15.96bn in 2007, with software accounting for 11.7pc ($1.87bn).This is a large share, considering that local software developers are often constrained by bureaucratic and administrative barriers and lack government support in key areas, especially international marketing and certification according to international standards.

As elsewhere in the world, the Russian software market is dominated by applications, accounting for more than 62pc of the market last year, while systems/infrastructure software and instrumental software accounted for 17.5pc and 20pc respectively. Still, the systems/infrastructure software segment shows the fastest increase, up more than 57pc last year. The instrumental software and applications segments are slower: 29pc and 13.9pc.

Independent software developers - mostly small and medium-sized businesses designing software products for mass consumption - are the most active group. This strategy is extremely productive and enables the company to keep in the mainstream of the consumer software market, for example the utilities market. Russian developers led this market until recently, ceding their top position to Chinese and Indian companies that emphasise quantity rather than skill.

There some advantages for Russian programmers, but they are mostly seen in areas a little outside the mainstream. Unique Russian brains are not prepared for massive attacks - they are more powerful in developing unique solutions. Especially in high-end technologies and original applications. All the possibilities are in the markets - developed and not so developed - and all the channels are known and already explored. Unpredictability and unexpectedness suppose to be major part of market strategies of Russian software developers in coming years. As a matter of fact, dynamic structure, consisting of dozens of independent developers, could be a model which could be competitive to software giants like Microsoft, Apple etc. These are main topics, which we are going to discuss in our conference, ISDEF-2008. which has been held for several successive years.

The Independent Software Developers Forum is working to uphold this trend. The market should be dynamic, otherwise it stops being a market. Russia is a very promising market both in small-sized applications and as a destination for investors, who are looking for quality products. Even if it will be not so widespread.

Among other dynamic segments trends of the Russian IT I could also mention software outsourcing, markets for anti-virus solutions, multimedia products and games. The Russian market for anti-virus solutions is currently estimated at around $90m, up 30pc from 2006. Sales leaders here are the Kaspersky Laboratories and Symantec. As for multimedia products and games, their number is steadily growing as both Western and Russian producers add new ones. The Russian computer games market (without multimedia products) was worth around $300m in 2007 retail prices. Open software plays an important role in market development. It is widely used now at government and educational institutions.The Finam analytical centre estimates that Russia's open software market will grow four-fold by 2010, to $200m. Server software accounts for the bulk of sales here, and open-code software may account for 50pc of that segment by 2010. But these trends we discuss next time.