Good news for everyone 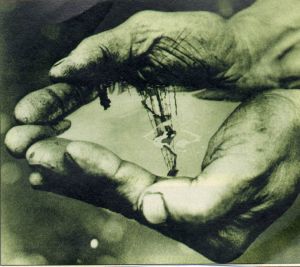 Oil prices surging in the past decade were good for producers like Russia, but bad for consumers. When the crisis struck and skyrocketing prices took an irreversible toll on the global economy, oil prices declined as sharply as they had risen, causing uneasy feelings in the exporting countries. Now prices finally appear to have stabilized.

After staying around $20 a barrel for most of the 1990s, the price of oil began to grow strongly in 2000, overshadowing the spike of 1977 to 1981 in inflation adjusted numbers, breaking the $100 threshold and subsequently setting a new record of $147.27 a barrel in July 2008. Oil exporters intoxicated by such growth anticipated even larger profits. In June 2008, Gazprom's CEO Alexei Miller predicted that soon the price would be as much as $250 for a barrel of oil. At about the same time, OPEC President Chakib Kelil set the future peak at $170.

These predictions were cooled off almost immediately, when Brent crude fell to below $90 and light sweet crude approached a low point of $91 in September, after a severe economic crisis hit the leading oil consumers, primarily the United States. Commodity prices turned out to be one of the primary causes of the recession.

"The high oil prices started this avalanche, they grew so high due to speculative trading that they put a number of goods out of consumers' reach," said Boris Kagarlitsky, Director of the Institute of Globalization and Social Movements.

In the new economic system that has allowed Western Europe and the United States to flourish over the past decade, manufacturing jobs were shipped overseas to the developing countries of Asia to reduce labor costs and make goods cheaper. This boosted consumption while keeping salaries at the same level.

The surge in energy prices struck the very foundations of this economic system when transportation became the first sector of the economy to feel the heat. Not so long ago shipping costs for delivering manufactured goods from the producing countries to consumers were a negligible factor. The rise in jet fuel prices has altered the landscape dramatically. "It didn't just push up the price of the goods, it compromised the very way this mechanism was functioning," said Kagarlitsky.

Demand has been falling drastically. European car sales are expected to close the year at their lowest levels since 1997, while sales in the United States are expected to be down by more than three million vehicles since last year. Fuel consumption in the United States has fallen to 2001 levels and some key markets, including construction and steelmaking, are also slowing down.

Over the past year, the overall demand for oil in the United States, the world's largest consumer of crude, has gone down by five percent, or about a million barrels per day.

No time for panic

"The falling prices are the market's reaction to the changes in demand; the market is expecting prices to continue declining," said Andrei Kochetkov, a commodity analyst at RosFinKom.

Demand is expected to continue to fall in 2009, shattering any hopes for a price of $200 per barrel.

Merrill Lynch went as far as predicting oil could fall to $50 as early as next year in view of the global recession. In Russia, analysts at the Institute of Globalization and Social Movements offered their own forecast, saying that oil could indeed go down to $50 and even $40.

Such a scenario would spell trouble for the national economy, which is largely based on the export of commodities, especially oil. According to the Federal Tax Service, revenue from oil taxes constituted over a third of the federal budget in the first seven months of 2008. Any sharp cuts in revenue would force the federal authorities to cut back on many social projects and prompt massive layoffs by corporations looking to improve cost-effectiveness in a cash-strapped economy.

"Over the last eight years, our businesses and our government have become accustomed to living lavishly and didn't have to worry about something being overly expensive; as a result of that they have overcommitted. Even before revenues fall to a critical level there will have to be some optimization; tensions will grow inside the government and inside the corporations," said Kagarlitsky. He set the critical level of oil prices for Russia at $40.

However, just like the summer predictions of a $250 price for oil, these forecasts seem to be driven by the emotion of the moment rather than a detailed review of the long-term trends. The fall back to $100 signals that the price has finally been balanced out and will not see any drastic changes over the next couple of years.

"When the oil price was a little over $11 in 1998 nobody was happy with it because of the vast investments that had been made into the industry, and there was a massive overproduction of oil," said Kochetkov, explaining that low oil prices made as little sense as the speculation-driven $150 per barrel.

Nowadays oil production is on the decline on key oilfields. The Mexican Cantarell field, which alone produces as much oil as the United States and extracts in the Gulf of Mexico, saw production fall by one third over the past year, putting Mexico's self sufficiency in oil in jeopardy. Russia, the world's second largest oil producer, saw declines in oil production by 0.8 percent and oil exports by 5.2 percent year-on-year in the first half of 2008.

"There is less oil in the world and production is becoming more expensive," said Kochetkov, adding that a good share of the world's oilfields would lose profitability if oil plunged below $75, which, he says, is likely the lowest possible point for oil prices. This matches the low number suggested by Goldman Sachs in September in case of a global recession.

"Volatility will slow down and there won't be any sharp changes when oil could rise or fall by $15 in one session," said Kochetkov. "Consumption won't stop altogether and as the peak of the crisis passes, we'll see more predictable prices; there is a balance in the market," he added.

As one of the world's leading emerging markets, China's oil consumption at almost 9 million barrels per day roughly amounts to the production of the whole of Saudi Arabia or Russia. "Even if the crisis halves the rate of their economic growth, oil consumption will keep growing anyway," said Kochetkov.

Russia and OPEC are likely to coordinate their efforts to keep oil from falling into decline again with possible cuts in production. OPEC has recently toughened its approach to enforcing production quotas and is believed to support a $90 minimum. Prices already show strong signs of stabilizing around $100.

"Oil is very reluctant to go below $90, while it sees intense resistance once it surges to $110, so that's the likely midterm range we're looking at," said Kochetkov, opining that the long-term forecast would have to settle between $75 and $125.

"It appears we'll see $30 oil again only if the U.S. dollar is redenominated," he said.