Financial crisis yet to peak 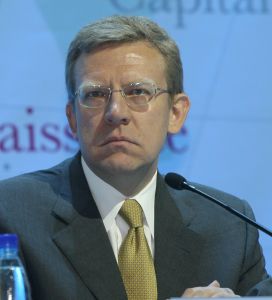 Alexei Kudrin led the Russian delegation in Washington on October 10-13 at meetings of world finance leaders.

The G7 (the United States, Britain, France, Germany, Italy, Japan and Canada) met on Friday before also participating on Saturday in a meeting of the Group of 20, a wider group of developing-emerging markets that includes Russia.

The IMF backed a Group of Seven plan to attempt to stabilize markets.

"I believe that the IMF and G7 statement at first glance appears to be a common position," Kudrin told journalists on Sunday. "However...every government must make their own decision, because each government has its own resources...its own central bank. Therefore, every administration must make decisions in accordance with its own situation."

"It doesn't matter if you're a rich country or a poor country, a developed country or a developing country - we're all in this together. We must work collaboratively," he said.

The current global credit crunch started in the United States and quickly spread to Asia and Europe, leading to record losses on Russia's financial markets, rising interest rates and a liquidity shortage.

Kudrin said the current financial crisis has mainly so far been reflected in Russia by the outflow of $33 billion of capital in August-September. This, along with a fall in world oil prices, has, he said, been the main reason behind a drop in the country's gold reserves.

Russia's international reserves have fallen from around $580 billion to $540 billion in the past two months, the minister said.

"One of the challenges of the global financial crisis is that developing markets have been directly dragged in. We are not untouched by this...we are also participants in this crisis," he said.

Russia's lower house of parliament, the State Duma, approved on Friday anti-crisis packages worth a total of $86 billion. The government has earmarked $50 billion of budget funds to banks and firms to refinance foreign debt, and some $36 billion to key banks in subordinated loans.

Russia's two stock exchanges, the MICEX and the RTS, did not open for full trading on Friday upon instructions from the financial markets' regulator.