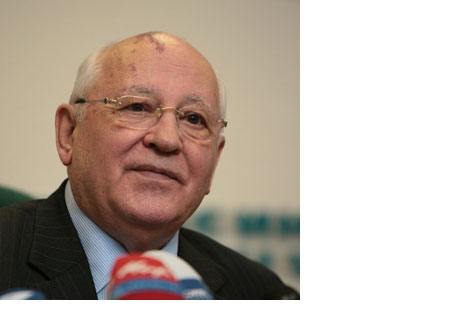 The West must stop teaching Russia, the former Soviet leader said in an interview with the Italian newspaper La Repubblica published on Sunday.

Russia is moving towards democracy along its own road and has so far covered half the way, and Western lessons do not help much. Moreover, they could be counter-productive, Gorbachev said, adding that the West had "no right" to teach Russia.

Gorbachev, a Nobel Peace Prize winner, was awarded the Liberty Medal in September for his role in ending the Cold War.

The former Soviet leader said Russia remained open for dialogue with the West despite a recent armed conflict between Moscow and Tbilisi over breakaway South Ossetia.

Tskhinvali, the capital of South Ossetia, was attacked by Georgian forces on August 8. Local authorities have said that almost 1,700 people died in the attack. Most residents of South Ossetia have Russian citizenship, and in response to the Georgian assault Moscow launched an operation to "force Georgia to accept peace."

The operation was concluded on August 12, with Russian troops deep inside Georgia. By October 10, Russia had completed the full withdrawal of its peacekeepers from undisputed parts of Georgia.

Russia subsequently recognized South Ossetia and Abkhazia, another breakaway Georgian region, as independent states on August 26. The West criticized Russia's response to the attack on South Ossetia as disproportionate, and also slammed the recognition of the breakaway provinces.

According to Gorbachev, the United States considered itself the "winner" after the disintegration of the Soviet Union and imposed its rules on the world.

However, it should now be understood by all that these rules have failed, Gorbachev said.