The Prize of Disunion? 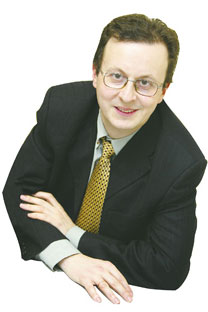 Of course, totally avoiding controversy in choosing the winner of the Nobel Peace Prize is indeed difficult. In today's world, peace is politics, and politics is not always fair, especially when seen from a short historical perspective. Whatever Mr. Ahtissari's past achievements in Namibia and Northern Ireland, he is known to the world primarily as the architect of the plan for Kosovo that bears his name and that is aimed at making Kosovo's de facto independence a recognized and legal one. Opinions on the benefits of this independence vary - from total acceptance in the United states to adamant opposition in Russia and China, with many countries (including such respected states as Spain or Cyprus) refusing to recognize Kosovo diplomatically. Everyone agrees, however, that the fruit of Ahtisaari's plan will not be with us for a few more years. So, why are the wise men from Oslo in such a rush? And couldn't they be making a disservice to the cause of international peace by giving premature prizes to controversial figures?

The trend to ignore the public opinion in the laureates' native countries (or the countries that they supposedly benefited) set itself in a long time ago. In 1990, when the Soviet Union was in the pangs of crisis, the Nobel Peace Prize was awarded to its idealistic and democratically minded, but ineffective and unpopular president Mikhail Gorbachev. In 1994, when the defects of the so called peace settlement between Israelis and Arabs became evident and the number of terrorist acts increased sharply, Nobel Peace prize went to the late Israeli prime-minister Yitzhak Rabin and the head of Palestinian Authority Yassir Arafat. I was in the region at the time and I remember the bitter feelings that this decision stirred among many Jews and Arabs living in Israel.

Did the Committee help democracy in Russia and peace in the Middle East by awarding the prizes as a sort of advance payments for democracy and peace that were (and are!) still in the making? Or may be the principle applied by the Nobel Committee for scientific achievements, when the laureates' discoveries have to be tried and tested by time, should be made valid for the peace prizes too? The collapse of Gorbachev's reforms in 1991, the new Intifada in the Middle East and the assassination of Rabin were not prevented by the awards. In fact, these negative developments were probably even helped by the wise men from Oslo, since people in Russia and the Middle East felt even more embittered, comparing their misery and humiliation to the sumptuous luxury and pompous ceremony in Oslo's Town Hall, where the peace prize is traditionally awarded.

This may irritate the Western press and public opinion, but the vast majority of people in Serbia and Montenegro, Macedonia and Bosnia regard Ahtisaari's plan for Kosovo as little more than a smoke screen for the creation of a mono-ethnic Albanian state on the territory of a Serb province. The bitterness of these people's feelings will only be increased by the prize.

May be, honoring probably not the best publicized, but universally respected people could be a better solution than bestowing honors on high-placed celebrities. Mohammed Yunus, a "poor people's banker" from Bangladesh and the winner of the 2006 peace prize, grabbed a lot less headlines than Ahtisaari or Gorbachev, but his award stirred a lot less bitter feelings. After all, the Nobel Peace Prize should unite people, not divide them.