"The crisis can be resolved only through coordinated international effort" 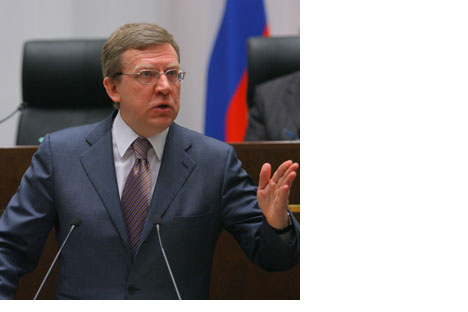 Our Annual Meetings are taking place during an unprecedented crisis, which has shaken the very foundations of the modern financial system. The problems in the U.S. financial sector, stemming from the flaws in the regulation of financial institutions, caused a chain reaction around the world. The simultaneous movement of markets in various regions, regardless of the countries' macroeconomic positions, provides clear evidence of high interconnection of the financial systems and economies all over the world. It is obvious that the crisis can be resolved only through coordinated international efforts. Decisions taken without due consideration of the consequences for other countries could make the situation worse.

The coordinated actions to lower interest rates undertaken by the main central banks on October 8 showed an example of international cooperation, but they were not sufficient to calm the markets. The situation required a more systemic and comprehensive response. Further steps agreed over the past few days, such as the commitment by the G-7 countries to provide support to the financial systems in accordance with the agreed action plan and the agreement among 15 euro-area countries to act in coordinated manner provide a chance to start restoring confidence in the global financial system.

The recent actions of the Russian authorities were broadly similar to the approach finally adopted by the G-7 and the euro area countries. The Russian Central Bank and the Ministry of Finance have allocated significant funds to maintain the liquidity of the banking system. In addition, the Central Bank has lowered the reserve requirements by a substantial margin. The parliament has significantly raised the level of deposit guarantees provided, introduced partial state guarantees for inter-bank credits and allowed the use of public funds for the recapitalization of commercial banks. Because of the difficulties being experienced by Russian banks and corporations with gaining access to external financing, the government has made a decision to provide public credits for refinancing private external liabilities. It should be underlined that the level of foreign exchange reserves exceeds the total amount of Russia's external liabilities (private and public), which means we can be confident in the country's financial stability.

One positive aspect for the global economy is the likelihood that the steady growth in domestic demand in major emerging markets will continue. The financial institutions of these countries have not accumulated troubled assets, but their banks and equity
markets nevertheless turned out to be vulnerable because of the limited access to external financing and the withdrawal of funds by international investors on a scale reminiscent of the 1997-1998 crisis. This time, however, the emerging markets are better prepared for this sort of developments as a result of their adherence to responsible macroeconomic policies and the accumulation of significant foreign exchange reserves. Furthermore, the relatively low dependence of consumer demand in these countries on credit means that one can expect this consumer demand to be more resilient to volatility in the financial markets.

Despite the fact that the financial crisis is at the center of our attention, we must not neglect the problems of low-income countries, for which the steep rise in fuel and food prices is a more significant factor contributing to the worsening of their economic situation. Many countries that import food and fuel have experienced a serious deterioration in their balance of payments as well as a decline in reserves, while the majority of low-income countries are now facing higher inflation. The rise in import spending threatens the gains in reducing poverty that have been made in recent years. Low-income commodity-importing countries need help from the international community to ease their adjustment to the new situation. We, therefore, welcome the attention that the Fund is giving to low-income countries, especially those that find themselves in a difficult situation owing to a drastic deterioration of the terms of trade. In particular, the reform of the Exogenous Shocks Facility (ESF), which streamlines the conditions for access to the Fund's resources for countries that have experienced such shocks, is a timely step. We also welcome the concrete actions taken by the World Bank within the framework of the $1.2 billion Rapid Financing Facility to provide assistance to low-income countries that have been hit by higher fuel and food prices.

One thing is clear to us: No matter how the current financial crisis ends, it is obvious that the world will be a different place afterwards. There needs to be a complete reassessment of the role of financial markets and approaches to their regulation and to international cooperation in this realm. It is already clear now that the ideology of deregulation of the financial sector as a means of increasing its effectiveness reached a dead-end. Approaches to liberalization of capital transactions also need to be re-examined in view of the destabilizing effect that emerging market economies may experience as a result of large-scale capital inflows as well as similarly massive outflows for reasons arising exclusively from external circumstances. We need to figure out whether the principles of targeting inflation without taking asset prices into account were correct, and analyze the reasons for the appearance of excess global liquidity and the occurrence of speculative "bubbles."

The system of economic and financial regulation currently in place falls short of the one needed for the development of the world economy in the context of globalization.

The performance of the world economy is too dependent on the financial and economic policies of a few countries and clearly places many of its participants at a disadvantage. The existing mechanisms for the coordination of financial and economic policies are not working properly. It also seems that the Bretton Woods institutions are reacting more to accomplished facts rather than playing an active coordinating role in strengthening the international financial architecture. And this is in spite of the fact that maintaining global financial stability was at the center of attention of the Bretton Woods institutions following the crises of the 1990s.

In this connection, we support the idea proposed by the World Bank President Robert Zoellick to establish a New Multilateral Network for a New Global Economy, within the framework of which a new steering group could be created. We believe that this approach will allow us to strengthen the stability of the international financial architecture through the design of effective mechanisms for the coordination of financial and economic policies, and thus to be more successful in addressing other global problems, such as combating adverse climate changes.

We believe that the World Bank and the IMF can and should play an important role in setting up these mechanisms. We also believe that the Bretton Woods institutions, and the IMF in particular, should devote more attention to the oversight of financial and economic policies of large advanced countries, which have demonstrated serious weaknesses. Thought should be given to comprehensive measures aimed at minimizing contagion across countries so as to reduce the high price that emerging market and developing countries are forced to pay for crises that arise through no fault of their own.

We believe that it is not possible to strengthen the role of the Bretton Woods institutions and increase their legitimacy without profound changes in their governance. These changes should lead to a genuine increase in the voice, influence, and participation of emerging market and developing countries in the decision-making process. In this regard, the recent quota and voice reform that was carried out at the IMF was clearly inadequate. These countries should be assigned a larger role within the World Bank and the IMF, both by increasing the number of votes they hold and by expanding their participation in the management and staff, based on fairness and transparency. We should stress that an increase in the voice and representation of individual emerging market and developing countries should not take place at the expense of reducing the votes of other countries in this same group.