Professional Training in Russia: Geared to the Future 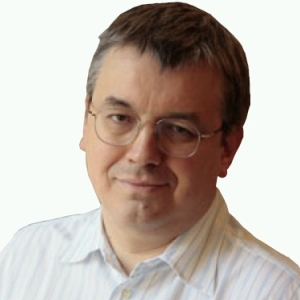 First of all, Russia is one of the leading countries in terms of associate or higher professional education participation: The current percentage of the population with associate or college degrees is 63.67%. This means the rate is 630 people per every 1,000, while the average participation rate in the United States is 510 per 1,000, and about the same level in Finland.

The situation is largely attributable to a link between the professional training system itself (technical schools, institutes and universities) and high-school-level programmes offering primary professional skills. This link is far weaker in the Western education system.

Another important factor shaping Russia's professional training system is a broad gap between the state's needs and commitments regarding training qualified professionals and the available financing.

This trend has been there for the past 15 to 20 years. Insufficient funding of education programmes has led to a situation which I would call "pseudo-education": the level of training people get does not meet the employers' requirements. Some people are aware of this predicament, while others might be oblivious to it until they face difficulties with employment. This problem is currently plaguing nearly 30% of the country's education system.

The correlation between education and income is an indirect but eloquent evidence of the problem. It becomes clear from comparing the situations in Russia and in the OECD countries that individuals with higher level of education qualify for better-paid jobs both in Russia and in those countries. However, the university-degree "premium" is lower in Russia, while the difference to income made by associate professional education is very slight, if any.

Russian education is characterized by an emphasis on fundamental theoretical courses in the comprehensive education curricula, which constitute up to 50% of all courses taught at the expense of applied disciplines.

This trend is certainly a benefit for university education. In fact, Russian university education is still highly competitive. Yet, in other education programmes the predominance of fundamental knowledge over applied skills damages the person's chances to meet the demands of the labour market.
This is an urgent problem, and not only from academic perspective. The shortage of adequately qualified professionals has forced companies to develop retraining systems.

As it is, retraining is an important and useful business, but the estimated total cost of preparing a sufficiently qualified professional makes the combination inefficient, because it means we pay for each specialist's training twice: first when he or she goes to college/technical school and again while they master professional skills actually required for the job. In other words, the final cost of professional education in Russia is two or three times higher than it should be.

It also needs to be recognized that the average qualification of teaching staff leaves much to be desired. Statistics show that young people who choose to major in education in college largely come from families with lower education levels. When they graduate, they rarely choose teaching careers unless they have to, because teaching is not seen as a rewarding career it terms of income or social prestige.

As a result, those who do come back to school as teachers, often turn out to have failed in other careers because they were not top students themselves. The falling qualification levels of teachers have many reasons, but the most important one is low salaries.

However, there is reason for optimism despite the many adverse factors. There is an amazing public drive in Russia today, with most of its population seeking university degrees. According to surveys, nearly 90% of Russian families want their children to go to university. The high demand makes the development of higher education a social imperative, one that is not regulated by the government and is often overlooked in the analysis of general social and economic trends.

This factor certainly affects the economic models in society. People want university degrees, but once they get one, they are no longer content with their former position, and seek new forms of applying their knowledge and skills. They bring innovation elements into their work, the economy, industry as well as into social projects.

One of the problems in professional education is the shortage of qualified non-managerial staff. Incidentally, it is the other side of the education drive we have discussed.

Growing incomes lead people to actualize their formal freedom of choice. If one earns $400-$500 a month, he or she can hardly afford to be too demanding even in food. On the other hand, making over $5,000 or $10,000, people naturally become more selective about the car they drive, clothes they wear, and furniture they use. And they certainly do not want to work as ordinary team members. Yet, someone has to perform that role.

Different countries have different solutions. Europe fills low-level positions with immigrants, and so does Russia. The United States tries to use internal reserves, but employs immigrants, too. Applicants with good qualifications are legally granted U.S. citizenship.

Russia's Federal Migration Service issued entry permits to 2.5 million foreign workers this year, twice as many as in 2006. The number of foreign workers officially registered in Russia may reach 8 or 10 million by 2010, or 15% of employable population. In any case, the labour market stretches to emerging economies, as it is the only effective recipe known today.

Russian professional education is quite competitive and up to global labour market requirements, although this does not apply to all colleges and universities - a large part of them still does not meet international standards.
Lack of proficiency in foreign languages is a major limitation to Russian professionals' employment outside Russia. This problem is not new, and efforts have been recently made to change the situation.

Finally, it is no sense trying to find education systems similar to the Russian one, and it is equally senseless to adjust this system to the existing foreign models. It is also pointless since the outcome is not very different. It would be more advisable to focus on making it more efficient, to improve the quality of education and restore the academic schools. We should also maintain contacts with leading educational centres.

The system turns out more than 645,000 graduates a year, or 0.9% of economically active population of Russia.