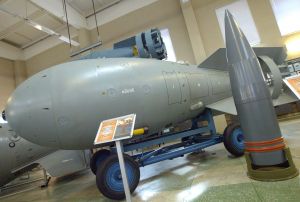 Speaking in Washington on Tuesday at the Carnegie Endowment for International Peace, Robert Gates expressed concern that some Russian nuclear weapons from the former Soviet arsenal may not be fully accounted for.

"I have fairly high confidence that no strategic or modern tactical nuclear weapons have leaked beyond Russian borders," Gates said.

"What worries me are the tens of thousands of old nuclear mines, nuclear artillery shells and so on, because the reality is the Russians themselves probably don't have any idea how many of those they have or, potentially, where they are," he added.

"Such allegations are entirely groundless," the ministry's press and information department said in a statement.

"Despite all the difficulties that our country faced in the early 1990s, Russia maintained very high standards of ensuring the safety and physical protection of its nuclear arsenals," the statement said.

"In this respect, we would like to reiterate that in a joint statement on nuclear security signed by the Russian and U.S. leaders in Bratislava in 2005 both sides acknowledged that the protection of nuclear facilities in both countries meets modern norms and requirements," it said.

In his remarks, Gates also supported the necessity of new talks with Moscow on further strategic arms reductions, which have been advocated by both current U.S. presidential candidates, Republican John McCain and Democrat Barack Obama.

Negotiated and signed in 1991, the Strategic Arms Reduction Treaty (START) is scheduled to expire on December 5, 2009. Under that accord, the United States and Russia have significantly reduced their number of nuclear warheads and delivery vehicles.

Many experts believe that if START expires without replacement verification measures, the two countries will be "flying blind" in their nuclear relations.