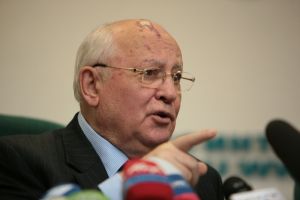 The global financial turmoil has been deepening daily. Financial indexes are tumbling, but seem yet to be far from reaching the bottom.

The crisis has already impacted not only large stockholders (whose `woes' are relative and unlikely to affect dramatically their lifestyle) but also millions of ordinary citizens who entrusted their savings to the stock market. However, this financial crisis is so far only the first phase of an economic meltdown, which is yet to unravel and perhaps prove to be the toughest for the global economy since the Great Depression. It would be unfair to say that it has come like a bolt from the blue. No, this is something that has been predicted by both economists who were least prone to wishful thinking and by old-time politicians who acted as whistle-blowers as early as several years ago. They had warned that the financial market was degenerating into a hazardous bubble and losing touch with real production and the trade sector, closing in on itself. Unfortunately, their warnings were ignored.

Today's situation shows that within the next few months, the greed and recklessness of a few will harm the life of many. No country and no economic sector will be spared. The economic model that has been emerging since the early 1980s, is now falling apart. Now is the right time to ask some fundamental questions about what this economic model actually is, whether it really works and who stands to gain from it.

In a nutshell, this model can be described as focusing on maximizing profits as rapidly as possible through avoiding all kinds of market regulation aimed at promoting welfare of the society in general. Over the decades, we have been told that every member of society has benefited from this model since "a rising tide lifts all boats". However, there is no statistical evidence to back this statement up.

The economic boom of recent decades (by the way, less rapid than that of the 1950s-1960s) bestowed excessive privileges upon the upper-class whereas middle-class standards of living stagnated, and the gap between the rich and the poor kept widening. This has been the case even in the most economically developed countries.

Recent years have aggravated the situation yet further by producing reckless credit financing policy, derived in many cases from new and extremely complex financial instruments that have now proved themselves to be nothing more than sophisticated versions of financial pyramids. It is no accident that the essence and mechanisms of those instruments puzzled not only ordinary people, but also most economists and bankers. The only people who could comprehend and explain them were their authors and even they were often at a loss.

The main `beneficiaries' of the system were those who had constructed it. Among all the revelations of the recent weeks, there was one that totally amazed me. Last year, leading investment banks on Wall-Street paid US$36bn in bonuses. If this sum is divided by the number of their staff, each staff-member would get US$200,000, which is four times more than the average income of an American family. And this is quite apart from the `golden parachutes'; the multimillion dollar payments that were handed out to leaders of financial institutions that later went bust or required bailing out by the state.

What we have as a result is a harsh and ruthless capitalism for the majority while `socialism' and state assistance are confined only to the rich. And it is these very people who in three or four years from now, after the peak of the crisis is over, will be once again convincing us that nothing works better than a `pure' and deregulated capitalism. A capitalism in which they should be given full freedom of action. Do we need another, even more devastating crisis to put an end to this?

The neoliberal globalization model has brought about deindustrialization of entire regions, degradation of the infrastructure, distortion of social fabric and intensification of social issues. These have been aggravated by uncontrolled and unregulated economic, social and migration processes. Such politics have also had a dramatic impact on morality; something reflected even in language. Thus, tax evasion is now called `tax planning', mass layoffs have become `staff optimization' etc.

The concept of sustainable development, consistent with the basic environmental principles of life for generations to come has been supplanted by a concept of free trade and a liberal market being the cure for all immediate ills, with no care about tomorrow. The role of the state and of civil society is undervalued, and this has reduced citizens to the status of mere `recipients of social services' at best.

What we have as the result is an explosive mixture of social Darwinism (survival of the fittest, extinction of the weak) and of the attitude `who cares about tomorrow'.

The waves of the crisis that are now engulfing the global economy have at last made people stop and think about these issues. Understandably, the need of the day is to focus on immediate `emergency measures'. But we also desperately need to analyse the very basics of the social-economic model which underpins modern society. I would even speak of its philosophical fundamentals, which have proved to be untenable and even primitive; being limited only to profit, consumerism and personal interest. Yet even Milton Friedman, the leading modern proponent of monetarism, whom I had the honour to meet personally, used to say that an individual is not just Homo Economicus and that the life of society extends beyond its economic interests.

I raised the question on the compatibility of politics and morality some time ago. During perestroika, my actions were guided by the idea of such compatibility; as I believed that in genuine politics there was always room for morality. In my view, it was thanks to that approach that, despite all our blunders and miscalculations, we succeeded in dismantling the totalitarian regime in our country. This was the first time in Russia's history that we passed through such a critical moment without any major bloodshed. In our reforms, we managed to reach the point after which there was no turning back.

Today we have to raise the issue of the relationship between morality and politics again. This is a challenging task. We all realize that, to survive, business has to operate at a profit. But then this is only one step away from the standpoint that `the businessman's only moral obligation is to make money' and the slogan `profit at all costs'. As for the real sector of the economy, it has a certain level of transparency, its own traditions, trade unions and other institutions which empower society to exert some influence upon its dynamics, whereas the `creative financial work', as we have recently witnessed, is free from any such institutions. This very sector has no transparency at all. Such lack of morality leads to disastrous results.

Complicity between politicians and businessmen, who have for decades been lobbying against regulatory mechanisms and spreading neo-liberalism throughout the world, helped by `analysts' giving false assessment of some companies' reputation in exchange for kickbacks, and theorizers with their cure-all solution for any problem (no regulation, no state control) has all proved not only devastating, but often even corrupt. We have already seen this in Russia. In the 1990s, these recipes were forced upon us with obstinate persistence, and now we shall see them imposed on many other countries.

Today we are witnessing a burst of a vicious and immoral bubble. We should be thinking about what will replace the present economic model. I am far from calling for its complete demolition. I have no ready answers. I understand that there will be gradual developmental transition to a new model, but ultimately such a model must appear. This will be a model with different basic characteristics than profit and consumerism.

I am convinced that the new global economy should pay much more attention to social needs, which involve primarily a need for a healthy environment, adequate infrastructure, education and health care as well as affordable housing. It is clear that the implementation of such a model will require major efforts and a fundamental shift in our mindset. Still, no system that is exempt from moral rules can be truly viable. Those politicians who will now assume major responsibility for working their way through the swelling crisis have to understand this.