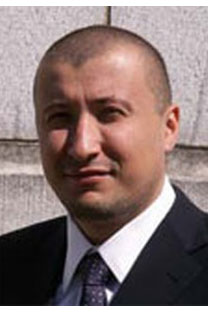 According to Arkady Dvorkovich, an economic aide to President Dmitry Medvedev, the government will support the expansion of Russian companies abroad.

The government is sitting on a giant pile of cash that it plans to invest in foreign assets. It began to flex its economic muscle a few weeks ago, when Prime Minister Geir Naarde of Iceland announced that Russia may lend it $5.4 billion to shore up its teetering financial system. Who would have thought that, given the chaotic Russia of the 1990s, a mere 10 years later it would be bailing out a developed country? It is even more surprising given the economic climate.

Following the Russian-Georgian war, the West is scared the Kremlin will use its cash not for economic purposes, but as an aggressive foreign policy tool. Should the West consider blocking Russian investments abroad to influence Russia?

Trying to erect an Iron Curtain around Russian funds and businesses will prove counterproductive. Indeed, a large-scale "invasion" of Russian business would be a positive development, because it would foster economic interdependence. This is true even if the economic expansion is led by state-owned companies. By investing in Western assets, Russia's government and business elites are buying a stake in the global economy, which should bring a more rational and accountable foreign policy.

Paradoxically, despite recent hits to the country's stock market, Russia remains awash in cash. The government just rolled out a $130 billion bailout plan for the country's ailing banking system. Yet, even this package has not significantly eaten into Russia's wealth funds and the world's third-largest currency reserves.

The government's Reserve Fund, created to cushion the economy from a fall in oil prices, stands at $140 billion, and the National Welfare Fund, intended to invest in high-return vehicles, holds another $30 billion. Although the National Welfare Fund is not officially a "sovereign wealth fund," it is already among the 10 largest such funds, rivaling the Brunei Investment Agency. The Reserve Fund and the National Welfare Fund combined rival Singapore's Temasek Holdings, currently sixth in the world, and lag just behind the China Investment Corporation. By design, this money is intended to be invested outside Russia. As today's financial crisis has made many Western assets cheap, they are now within reach of the country's government and leading companies.

Russian private and state-owned companies have already invested abroad extensively, often buying stakes in large foreign companies. Overall, the top 25 Russian companies hold $59 billion in foreign assets and are the third-largest investors in emerging economies, following Hong Kong and Brazil. Even though the financial crisis has wiped out the Russian stock market, the best-run companies will therefore be shopping in the global market next year.

Russian corporations' foreign investments have already generated heated debate in both the U.S. and Europe. No investment by a private Russian company has, so far, been vetoed by Western governments, yet hostility toward investment by Russia's government-linked companies has been almost universal until recently.

However, the financial crisis is making the West happy to find friends with cash. Moscow still needs to set up a transparent and accountable structure to manage its sovereign wealth. This will also help convince other countries that the government's agenda is economic, not political. Russia may be advancing that goal by taking initial steps toward improving corporate governance in state-owned companies. In an unprecedented move, the government replaced a large number of bureaucrats on the boards of these companies with independent directors, including some foreigners.

Russia's foreign investment helps the country become a global citizen. Consider Russia's elites, who buy houses in London and educate their children in Switzerland. They have too much to lose from a worsening political climate between Russia and the West. It is time to make the country's big business - and its government - stakeholders in the world economy.

Aleh Tsyvinski is a professor of economics at Yale University.