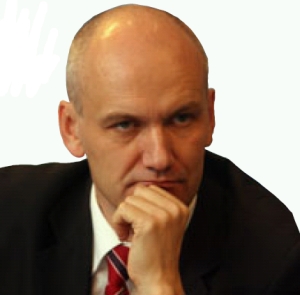 To determine whether this is true, one needs to consider the underlying processes of the current crisis from a macroeconomic perspective. It is important to look at the curve of the global market capitalization to GDP ratio, calculated by dividing the total stock market value of all publicly traded companies by nominal world GDP. This indicator helps measure the size of the global stock market against the economy.

The rapid financial markets development in the 1990s effectively sent the measurement to the next bracket. It crossed the 100 percent mark and reached 118 percent in 1999, which meant investors overestimated the potential of global economic development. Their optimistic visions did not coincide with economic development, and the excessive global market cap to GDP ratio was short-lived. A global recession followed, including the collapse of many "new economy" giants who relied on IT, primarily internet technologies, a tangle of macroeconomic problems (inflation, unemployment, payment deficit, state budget deficits, and international debt), and a slowdown of economic growth in most industrialized countries and some emerging economies. The next surge occurred in 2007, only to be followed by another fall. The changes that largely reflect specific financial market trends are traceable, and it follows that 120 percent is the threshold level of global market cap to global GDP ratio, given the current development of financial markets and the global economy. It appears that the measurement has an inverse relationship with GDP growth rates: the two peaks in 1999 and 2007 coincided with significant slowdown in 2001 and 2008. The confirmation that there are certain critical (threshold) values of the global market cap to GDP ratio, provides a new perspective on the deeper reasons for the 2008 global financial crisis. Those threshold values have critical importance for stock markets, and that the U.S. subprime mortgage problems in 2007 only triggered the crisis, while its key underlying reason was the overcapitalization of the markets.

No one seemed to doubt that the higher the capitalization, the better, and no one was questioned it. As a result, the market value of companies exceeded their fair value. Most companies' capitalization grew much faster than the economy.

Economic development must have a corresponding maximum level of total capitalization. It is impossible to determine that level to a percentage point, but we can certainly cite a "risk bracket" at 100-120 percent. Unfortunately, no one noticed in 2007 that the global economy had entered this risk bracket. The result is a global financial crisis, which is essentially a collapse in the speculative economic model. It is important in this situation to learn lessons and draw the right conclusions.