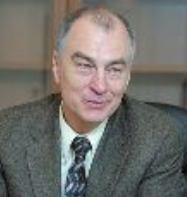 Professor Aleksey Sukharev, the `godfather of Russian outsourcing', as The New York Times once called him, shared with RIR his thoughts on the current state of the IT industry. His book India: aiming for global IT superpower status, published by the Moscow State University Press in 2001, highlights lessons learned from India's experience and examines the prospects of Russia's software development market.

There has been increasing talk in Russia recently about the innovative economy. How realistic is this development vector?
The Russian authorities have drawn up an ambitious aim: to turn raw material Russia into high-tech, innovative Russia. To what extent does Russia have enough oil to feel comfortable while selling it? How much is it going to be worth in the next few years? While $150 is fine, when it's $50-60 it's much worse. If Russia wants to be a great power it has no other option.
Building a new knowledge economy was declared the country's number one priority by both former President Putin and the new President, Dmitriy Medvedev. A number of programmes have been initiated in recent years with the support of huge state financial resources of over $600 bn. A good example is the hi-tech parks initiative launched by President Putin in 2005 after his visit to India. The success of such programmes will be the best way to promote Russia as an outsourcing destination for high-end knowledge-based tasks.
Information technologies are the rope which has pulled the whole of India's economy forward. India is on the rise, and all thanks to the information technology revolution which it began in the 1990s, but which had been prepared much earlier.

Which sectors of Russian IT are currently the most developed (in comparison with the Indian and world markets)?
I am convinced that there is one sector in Russian IT that enables us to take the high ground and say that we are better than many others: research and development (R&D), and product development. There is a lot of interest in this in Russia and worldwide.
In my opinion, Russia has an excellent chance of becoming a global R&D hub of excellence. The Russian IT outsourcing industry actually started specializing in product development a long time ago. Tom Kilroy, General Manager of Intel Digital Enterprise Group, speaking in Hyderabad at a TCS-sponsored conference entitled `Intel Innovation: China, Russia and India', emphasised Russia's `software development innovation', as compared with China's `marketing innovation' and India's `silicon design excellence'. He described Russian engineers as `exceptional problem solvers and software developers, extremely strong on the fundamentals (mathematics and sciences), who want a problem to solve, not a spec'. He said they were `unmatched in the industry'.
Apart from research and comments by customers, there is compelling data confirming the top-quality skills of Russian programmers. Both this year and last year five out of 12 medal-winners at the highly prestigious ACM International Collegiate Programming Contest were teams from Russia; this year they took the number 1 and number 3 positions in the world. A total of 6,700 teams at 1,821 universities in 83 countries competed at 213 sites from September to December 2007 to be selected as one of the 100 teams that would participate in the April 2008 finals in Alberta, Canada. In 2000-2006 a Russian team became world champions four times, and in the other three years Russian teams twice took the position of number 2 and number 3 in the world.

How is Russia achieving these results?
Russia's competitive advantage lies in its high-quality education system that focuses on fundamental engineering knowledge. We have a very good scientific past and scientific heritage. We have a good scientific basis - fundamental science, primarily physics and mathematics. This is our strength, and it is an area where we have good resources (for creation of software products). Even though the Russian ITES export industry is still relatively small and fragmented, it has some unique features that led CRN to rank Russia in its cover story at number 2 (after India, of course) among the `10 offshore powerhouses'. The reason, according to CRN, is `strong engineering talent and programmers who show more flexibility than some other offshore locations'. The Russian programmers' engineering talent and their creativity and ability to solve complex problems in fuzzy environments have become staple observations in studies of the Russian offshore industry.

Is India's experience of developing an IT industry of interest to Russia? What does Russia need in order to achieve a qualitative breakthrough in this field?
It is undoubtedly of interest. We still have a lot to learn, above all with regard to the active assistance of the state. The IT industry in India was being established as early as 1984. Technology parks appeared in 1990, and before this there was a concerted effort to find ways of achieving the goals. Essentially, all Indian IT companies are either present in technology parks or have become export-oriented enterprises, and they all enjoy tax and customs benefits and an impressive infrastructure.

What are the prospects now for India-Russia IT cooperation?
I am a longstanding admirer of India's IT achievements. I strongly believe that the IT sectors of our two economies have reached a level at which they can efficiently co-operate to make the most of their complementary strengths. Now it's only a question of who becomes the first to explore this opportunity.
All of the above shows that there are undoubted synergies between the two industries: the big and mature Indian IT industry, searching for global talent, and Russia, a historic ally of India, with its rich scientific heritage and strong momentum. Add to the picture the Russian fundamental education system, with a lack of resources to teach modern information technologies, and India with its numerous specialised IT institutes and commercial training providers, and a wealth of opportunities starts springing to mind, doesn't it?
In fact, the first shoots of co-operation in the education field have started to appear. In June 2006, professors from the International Institute of Information Technology (I2IT) in Pune taught a one-week IT management course at Auriga in Moscow, to the delight of our managers. Six months later Auriga's trainers taught a Linux Kernel course in Pune. So far, courses such as this, taught by Russian IT specialists in India, are rare, but with obvious benefits for both sides, and I foresee co-operation growing. In fact there are already plans to continue this programme between I2IT and Auriga.

Indian companies are going to Russia. How critical is the arrival of the Indians for the Russian market?
The major Indian company Tata Consultancy Services is already here. I know from one of Tata's top managers that they have very big plans regarding Russia. Infosys is already here too, as are other companies.

And is that good or bad for the Russian IT market?
It's very good. Russian-Indian IT co-operation should become a two-way street, and that's what's happening. Indian companies need programmers who can support their products and developments in Russia.