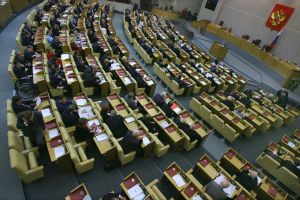 The amendments to the constitution were drawn up by President Medvedev.

Now, in order for the changes to come into effect, the amendments have to be adopted by both the Federation Council, consisting of the regional heads, and at least two-thirds of the parliamentary members representing Russia's different regions. The Federation Council will consider the issue on November 26, and the matter is expected to be resolved by the end of the year.

Russia is not unique in extending its term of presidency. In Finland, for example, the president enjoys the same time in office, while in Ireland the presidential term is one year longer.

The extended terms will begin to apply for those who win the next election in 2012.