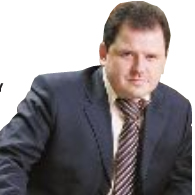 Casual games, although being a relatively recent phenomenon (the origins of this genre can be traced back to 2001, when PopCap first offered Bejeweled), have now secured a place on most popular entertainment lists. According to the Casual Game Association (CGA), the worth of this huge industry reached US$2.25bn in 2007.

The figure looks even more impressive if we consider that as recently as in 2006 the volume of the global casual games market was under US$1bn. Today, casual games account for about 4 % of the income generated by the global video games industry, maintaining high growth rates (over 20 % per year), and winning new fans across all continents.

The largest outlets for casual games are North American countries, covering up to 70 % of the total turnover. The main distribution channels are gaming portals and specialised Internet resources, lead by BigFish Games, RealArcade, Pogo, and Yahoo!Games. Over 2.7 million people visit BigFish Games daily, with 41 % of its audience coming back regularly.

The primary distribution method (43 % of the total) is a standard shareware system, giving the gamer the opportunity of an introductory trial period to test drive the game.

This method is followed up by the advertising-based model, (about 39.5 %) where the game is delivered to the client cost-free, provided they watch the in-game commercials. Subscriptions, granting full access to a library of games for a fixed monthly rate, provide for about 17.5 % of sales.

Methods of payment vary across countries: e.g., in Russia 96 % of casual games are paid for via sms, while in the North America bank cards are more commonly used.

One distinctive feature of this market is that casual games are developed not only by gaming giants such as Electronic Arts, Microsoft, Ubisoft, but also small-scale studios that employ as few as 5 to 10 people. Eastern European countries (Russia, Ukraine, Belarus) play a special role in the industry, creating around 30 % of all casual games in the world.

This became possible not only owing to lower development costs as compared to Western countries (US$50-100,000 versus US$300-500,000 in the US), but also due to the high quality of the games. In 2008, games produced in Eastern Europe headed the top lists of the largest web portals over 80 times, which is evidence of domestic designers' leadership in the global casual games industry.

The Russian casual games market was launched in 2004, when Alawar Entertainment, having successfully sold casual games in the West, entered the Russian market with first Russian-language versions of casual blockbusters that could be paid for in rubles (important feature of Russian market not only for IT-industry)..

Casual games are spreading in Russia just like in other countries. In addition to Alawar.ru (the largest specialised platform on the Russian Internet), the majority of popular portals, including Mail.ru, Rambler.ru, RBC's information resources, iXBT.com, Subscribe.ru, and websites of the best selling magazines such as Cosmopolitan and Men's Health etc. - all offer casual games. Notably, while the owners of smaller websites are primarily motivated by extra profits, larger portals use casual games to increase their traffic ranking and the loyalty of their audiences by offering new quality content.

Yet, Russia is facing a number of major challenges that slow down the development of the market. The main problems include underdeveloped communications infrastructure for the Internet in the Russian provinces, cumbersome methods of payment, and software piracy in the local networks.

On the other hand, this sector holds promise for investors - while the market volume had a ballpark figure of US$10m last year, I expect it to nearly triple by the end of 2008, and hitting into the region of US$30m. The online games market is growing equally fast, though its turnover is already three or four times higher.