Gateway to Ural and Siberia 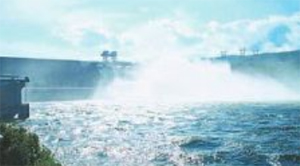 The Krasnoyarsk Territory is one of the most industrially developed regions of Russia. It is listed among the 10 donor regions forming over 50% of Russia's GDP and the federal budget. The region's share in the total national manufacture of nonferrous metals makes 30 %.

The Krasnoyarsk Territory is one of the largest regions in Russia. The region stretches for almost 3,000 kilometers from the Arctic Ocean to the mountains of the Southern Siberia. Being exceptionally rich in raw materials and reserves of timber, it is the largest Russian exporter of non-ferrous metals (30.1 per cent of export in foreign trade turnover of Russia). The region has access to the Northern Sea Route via Enisey river and a major transportation hub, and it is also a major air hub on the Cross-Polar Route.

In 2007, Krasnoyarsk Territory sent the reports on social and economic development to international rating agencies "Fitch" and "Standard and Poor's", which rated the region with "ВВ" (Fitch) and "ВВ+" (Standard & Poor's) .

According to the latest statistic data, the Krasnoyarsk Territory takes the 6th place among the 84 Russian Federation constituents in the gross regional product volume. The region's share is over 20 per cent of Siberian GDP and about 2.7 per cent of Russia's GDP. Over 36 major investment projects are under way in Krasnoyarsk Territory, to the amount of around 78,5 mln dollars.

On Russian National Exhibition in India, you will have an opportunity to familiarise with different infrastructure and industrial projects in such areas as tourism, wood-processing, hydropower, etc. Also, we're planning to present the Krasnoyarsk Economic Forum to be held in 2009. There will be a lot of high-tech and innovation projects that could be of special interest for Indian engineering companies. We invite you to visit the exposition of Krasnoyarsk Territory within the Russian National Exhibition in India, and we are sure that this Exhibition will offer all of us, a lot of opportunities not only to get closer to each other in business but also to revive a great spirit of partnership, traditional for our countries for so many years.