Russia may switch to rouble in trade with BRIC countries - experts 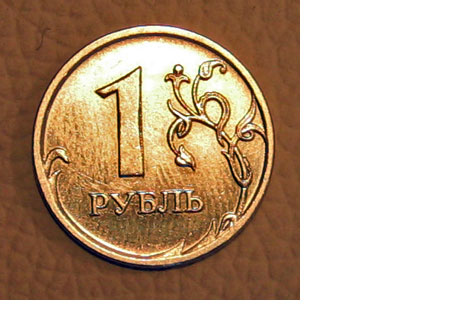 Russia may switch to rouble payments in its trade with BRIC countries (Brazil, Russia, India, China), experts said at a Moscow-New Delhi video link. The event "BRIC: Answers to Global Challenges and Influence over the Future of World Economy" was held at RIA Novosti news agency in early November.

At the prime-ministerial meeting in October, Russia and China already reached an agreement on the desirability of switching to rouble payments in energy trade. India could be next in line to join the experiment, which then can be extended to the rest of BRIC, believes Andrei Volodin, senior researcher at the Institute of World Economy and International Relations, Russian Academy of Sciences.

"Russia and China are already experimenting with rouble settlements in energy trade. This experiment should be extended to other BRIC countries. In particular, leaders of Russia and India should consider switching over to payments in roubles and rupees in bilateral trade," Volodin said.
The switch to national currencies is especially important considering the high fluctuation of the dollar and euro rates, says the expert. It will also help strengthen BRIC countries cooperation in the face of the global financial crisis, the expert said.

"The large international reserves of BRIC countries will provide for stability of their national currencies during the financial crisis," the expert said.
China has surpassed Japan and now has the largest international reserves in the world. Russia and India have also accumulated significant reserves over the recent years, which will help them tackle the problems posed by the global crisis, indicated Uyanaev.

Russia and India should indeed join efforts in the face of the financial crisis, the Indian experts agreed. Still, they believe it is too early to speak of transitioning to settlements in national currencies.

"Russia and India can be a positive factor in the world during the crisis. Russian proposals in this regard are reasonable. We expect that the crisis related issues will be discussed during President Dmitry Medvedev's visit to India a month from now," said Jay Dev Agarwal, director of the Indian Institute of Finance.

Russian authorities have previously stated their intention to step up cooperation with BRIC countries. To bring these plans to fruition, they will need to intensify bilateral relations and diversify the trade structure with each country, stressed Uyanaev.

By 2010, Russia is expecting to increase the trade turnover with every BRIC country, according to the expert. "It is even more important, however, to diversify the structure of trade with China, India, and Brazil," the expert said.

"The turnover with Brazil, for instance, is expected to reach $10 billion by 2010; at the same time, no changes are envisioned in the trade structure," Ulyukaev said.

"The bulk of Russia's exports to Brazil and other BRIC countries as well is still made up of raw materials," said the expert.

The cooperation between BRIC countries is dynamically growing, but remains uneven, according to Boris Martynov, research director at the Institute for Latin American Studies.

"India and China, as well as Brazil and India have already adjusted their trade structure to focus on science, technology, and other strategically important areas of cooperation," indicated the expert. Russia, on the other hand, has yet to diversify its exports to other BRIC countries, said Martynov.

Cooperation to gain momentum in Brazil

The Washington summit of the world's 20 largest economies (G20), which will take place on November 15, is expected to give a new impetus to intra-BRIC cooperation. A gathering of the G20 finance ministers in Sao Paulo, Brazil, will precede the Washington meeting.

The success of the cooperation will to a large extent depend on Russia's position and the ability of the parties to work out coordinated proposals, Volodin said.

The financial crisis has significantly shifted the centre of global economic growth towards Russia and other BRIC nations; as a result, their influence in world affairs will be increasing, experts believe.

"New rules of the game are necessary to allow the BRIC countries to deal with the consequences of the global crisis," said Professor Maxim Bratersky, head of the world politics department, State University-Higher School of Economics, and director at the School of Russian Studies.

In his annual state of the nation address to the Federal Assembly on Wednesday, President Dmitry Medvedev said that Russia will insist on reorganisation of the world political and economic systems.

"The lessons of the mistakes and crises of 2008 have proved to all responsible nations that it is time to act and radically reform the world political and economic systems. In any event, Russia will insist on this and is ready to cooperate in this regard with the United States, the EU, BRIC nations, and all other interested parties," said the president.

Prime Minister Vladimir Putin mentioned earlier that Russia, China, Brazil, and India will remain the engines of global growth during the world crisis.