'I think that this crisis can be to Russia's benefit' 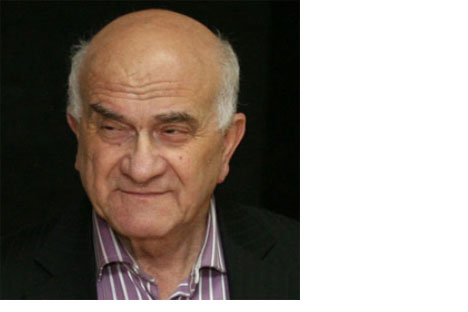 Evgeny G Yasin has been a professor of the State University - Higher School of Economics since July 1998. He also is the president of non-governmental fund Expert Institute. In 1994-1998 Mr. Yasin was Russia's Minister of the Economy, and he still serves on the board of directors in a number of businesses.

Rossiyskaya Gazeta: How is the financial crisis affecting Russian society?
Yevgeny Yasin: The economic crisis is a global phenomenon, and the more developed the country, the more it affects that country's economy. The crisis has several "circles". The first includes the stock markets, whose collapse triggered the crisis. Next are the banking systems and businesses, which receive loans and at the same time are the receivers of demand - if there is demand for a product, they receive loans and produce it. The fourth circle is made up of average citizens. Virtually the entire population of any country is now in these "circles".
The crisis began with the stock markets and exchanges, first in America. This process was primarily connected with the mortgages that many businesses had taken on. Mortgage companies' securities were unofficially guaranteed by the U.S. government. When mortgage company stocks began to fall, the entire market was thrown into confusion. Stocks began to fall and this led to a lack of liquidity. As a result, banks lost confidence in each other and the mechanisms for inter-bank loans broke down. Banks drastically reduced loans - or stopped giving them altogether. Employees were let go, salaries were cut. And now this chain of events is gathering speed around the world.

RG: What distinguishes the crisis in Russia?
YY: We are a very young country in terms of the development of market relations. Our market is still taking shape, still in transition. And many Russian citizens still remember the 1998 default when, as the result of a transformational crisis, many people lost their social status and their savings. All this is still too vivid in people's memories - and affects people's perception of the 2008 crisis. Although the crisis today differs strikingly from the situation in 1998. Then Russia was a very poor country with a wrecked economy. Stiff competition among industries, many of which stopped work; the almost complete absence of a legislative base; a harsh monetary policy: all of this seriously exacerbated the situation for people, but was inevitable in the process of restoring the economy.
Americans and Europeans are accustomed to a relatively safe existence - and therefore their reaction to the crisis has been far less dramatic, with the possible exception of their fear of unemployment. In Russia, the first reaction was panic - people rushed to withdraw their savings so as to convert them into dollars. This created the real danger of a sharp increase in inflation since the run on banks could have caused many of them to go bankrupt. After which, many businesses could have gone bankrupt and many projects could have been suspended. Even though this process was successfully curtailed, capital flight continues. Not only on the part of investors who worked in the stock market, but on the part of citizens who still don't trust banks.
In the "circle" of businesses too, serious changes began to occur at the first signs [of a crisis]. Employees were let go and production was cut. Heads of companies simply gave in to the general panic, which had to do with fears of a potential shortage of cash and losses on investments in securities. In other words, this segment became frantic before there were any serious signals of a threat of bankruptcy, which only added fuel to the fire of general panic.
The banks, fearing runs by depositors, stopped giving loans and also started converting their rubles into dollars, opening additional channels for the flight of capital abroad. The problem is that today in Russia it is far more profitable to keep one's money in foreign banks and give loans, than to keep one's money in Russian banks where interest rates are lower than the real effective rate. The government practically gives money away since the interest rate remains negative. As a result, these "gift" loans are being snapped up, depriving the system of financial resources. Capital flight for 24 days in October alone amounted to $75 billion, from reserves. The government has had to take this process under the strictest control; this is entirely justified, although it hasn't yet managed to stop the process.

RG: Is the crisis in Russia an echo of the world crisis or of internal problems?
YY: I would not say that Russia's internal problems have been exacerbated by the crisis. The crisis is a global phenomenon and this fall it reached us too. We are a fairly open economy. Russian banks and companies have taken out a huge number of loans against their stocks. And all those stocks have dropped, as they have all over the world. All this must be replenished with capital infusions - and foreign loans must be replaced by domestic ones. Naturally, all our internal problems have become exacerbated; however, this is merely a consequence of the crisis. On the other hand, Russia's underdeveloped banking system, the non-transparency of financial mechanisms, the underdevelopment of the market's infrastructure, and the absence of a normal system of control over liabilities and stocks gives the crisis in Russia its particular complexion. Perhaps the crisis will be to our benefit, since we'll have to learn to tighten our belt and create a normally functioning banking system. Today too many banks work improperly and the level of services is too low...
As for government decisions, all these factors are obviously being taken into account - and the government is looking for ways out of the situation, including appeals to foreign experience. The government's latest plan is more state-oriented. It relies on state subsidies and more direct state intervention, including instructions to banks.

RG: Won't this trigger a crisis of confidence among investors, who in any case have often reproached Russia for its lack of a real market?
YY: I doubt it. All the existing problems are not new. And I don't think that serious economists will emphasize the state's increased role. Especially if the measures taken make the market stronger.

RG: What specific effects is the crisis having? For example, won't it lead to a reorientation toward internal markets?
YY: Russia's export market, based on the trade of resources, is fairly inelastic. Oil and gas - these spheres will not be badly hurt. But the metals market will, as will the wheat market. To the extent that we depend on exports, the changes will have to do with an overall drop in demand. Certain segments of the market - like the building industry - may be significantly reduced, since today they are too inflated. Excess profits, given a patent shortage of housing, are a serious problem in today's Russia. But this will be a healthy tendency. If, of course, the government realizes that it needn't give out loans on the principle of supporting any and all industrial projects.
On the other hand, I doubt those branches of industry oriented toward the internal market will suffer. Revenues and demand for automobiles, for example, will fall; salaries will stop increasing, but I doubt this will be critical.
At the same time, one has to understand that the crisis is gradually making its way down to the "lower levels" - industry and the population at large. But to make forecasts today about what will be cut and by how much would be wrong. We won't be able to answer that question before March or April of 2009. For now our main task is not to allow panic. Especially since the measures already taken amount to fairly serious guarantees - for example, on deposits. The state has guaranteed bank savings of up to 700,000 rubles.
Nevertheless, Russians will have to absorb the fact that they live in Russia and are paid, and pay for goods and services, in rubles. By this I don't mean that it would be better not to keep one's savings in dollars, but it hardly makes sense to be guided by the dollar's rate of exchange. The problem is not in the sudden changes in the dollar's rate of exchange, but the danger of sudden changes in prices. We need to use the crisis to slow the pace of inflation. If we manage to do this, then banks will be able to institute positive interest rates on savings, and capital flight will slow. With inflation at 14-15%, we cannot make interest rates positive; an interest rate of 18-20% would scare people away.
As for the increase in prices, their index this year was 0.9, as compared to 1.6 in 2007. Today we are paying for last year's euphoria over the increase in oil prices. This led, in particular, to an increase in budget expenditures - and today we are reaping the fruits of a not overly well-thought-out financial policy.
As for the threat of mass firings, I'm not worried. We have a very serious reduction in the potential of human resources. However, although this is inevitable, it is also essential to restore the mechanisms for training specialists since Russia has too many specialists in some areas, and none at all in others. This will probably give rise to a whole series of problems, but problems of a psychological nature. From a purely psychological point of view, people would rather say that they work for Johnson & Johnson than for some shipbuilding plant. It's the Russian mentality, and it cannot be ignored. However, there is no other solution.
There is another series of problems as well. First, the labor force in Russia is extremely non-mobile. For both objective and subjective reasons. Many people prefer to work for kopecks in Moscow than for a normal salary in Siberia. At the same time, most private businesses in Russia - to say nothing of state businesses - still operate according to Soviet models where for every worker you have 5, 6, or 7 people who simply "take part".
The crisis will probably force the heads of businesses to reflect on the necessity of keeping these people who "take part" or the necessity of having 10 office cars, for example. This tendency too strikes me as entirely healthy. Especially given the demographic downturn. Ideally, as a result of the crisis, we will achieve significantly more efficient production administrations, whose staffs will have to give 100%.
This will not solve the problem of the demographic downturn, but here we may consider the possibility of using foreign workers. This subject is very controversial - and today we see occasional outbursts of dissatisfaction on the part of Russian citizens who dislike foreign competitors. True, this dissatisfaction is not always objective. Foreign workers not only turn out to be somewhat cheaper, but also more efficient from the point of view of work. In Russia, it remains a problem that the Russian population, while willing to tackle great deeds and achievements, is far less willing to tackle ordinary skilled labor. I think that in the coming years we will have to learn not to react so emotionally to competition for jobs, and to orient our own population toward more efficient work.
At any rate, the crisis has reached Russia. It consequences, however, may well affect the Russian economy positively rather than negatively. Assuming that the Russian authorities and business community learn the right lessons from it.