An Exercise in Leverage 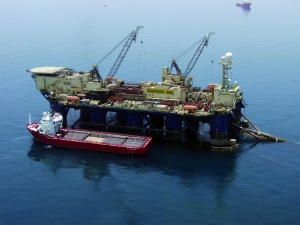 Nord Stream, one of the key energy projects of the past decade, was meant to bypass the transport routes through the troubled Belarus and Ukraine to ensure uninterrupted gas exports to Europe. But in the wake of further hurdles imposed by the European Union, which could drive up the costs of the project amidst declining commodity prices, Russia is claiming that it might reconsider building the pipeline. Yet in the end, Nord Stream makes too much sense for both sides to do without.

The deal to build Nord Stream was signed off by then-President and now Prime Minister Vladimir Putin in 2005 during his visit to Germany, which will be the final destination of the pipeline capable of pumping over 55 billion cubic meters per year. It will stretch over Russian territory and through the bottom of the Baltic Sea, bypassing all countries but Germany and Russia. The three Baltic States, Belarus and Poland have sharply criticized the project, citing environmental and economic concerns, but the criticism looked more like an attempt to derail the project on behalf of these transit countries.

Putin certainly had this in mind during his meeting with the Finnish Prime Minister Matti Vanhanen, when he expressed his doubts concerning Nord Stream. But these threats don't seem very credible, as Putin appears to be merely using political leverage to speed up the process of garnering all the necessary approvals to keep the costs of the project to a minimum.

Other pipelines, such as Nabucco and White Stream, are proposed as alternative gas routes to deliver gas form Central Asia to Europe. While work on the White Stream, which would connect the Caspian with Poland through Georgia and Ukraine, seems to have stalled, Nabucco is supposed to be finished by 2013. The new pipeline will run from Azerbaijan, Uzbekistan and Turkmenistan through Southern Europe to Austria, Germany and the Czech Republic bypassing Russia. But its capacity of 30 billion cubic meters per year hardly matches what is currently provided by Gazprom. "Russia pumped about 120 billion cubic meters last year, so it will take four such pipelines to make up for it, while there can hardly be sources for that much natural gas apart from Russia, Iran and Qatar," said Andrei Kochetkov, commodity analyst at RosFinCom. "It would also be incredibly difficult and costly to lay pipes from central Asia to Europe," he added.

The EU's current natural gas consumption of 505 billion cubic meters per year has been projected to grow by some 40 percent by 2020, while the domestic supply will cover only 32 percent of the demand, down from the current 59 percent. "The demand will only keep growing and there is no way to cover that without Russia," said Kochetkov.

Theoretically, Russia could turn to its old Belarusian and Ukranian routes, or look for alternative markets for LNG, such as North America and Japan. But in reality, this is unfeasible, even though Russia currently has the capacity to transport around 130-150 billion cubic meters per year through Ukraine and could eventually take over the Belarusian gas pipeline operator BelTransGaz. "Technically, using these pipelines could be an option, but it would go against the very point of Nord Stream to avoid dealing with the so-called `overland partners'," said Dmitry Lebedev, the managing director of the Russian Energy Company. Turning back to these pipes would do little to lessen the risks of disruptions should tensions over high gas prices arise between Russia, Ukraine and Belarus again.

The Ukrainian shipments are supposed to be incremented by the Blue Stream pipeline to Turkey as well as the South Stream pipeline that will link Russia and Italy upon its planned completion in 2013 and undermine the prospects of the Central Asian pipeline projects aimed at bypassing Russia. "Basically, it's impossible to give up on Nord Stream at this point," said Lebedev, stating that even if an LNG plant is built on the Baltic Sea, it will face numerous technical difficulties since Russia lacks low-tonnage tankers that would have to be used to transport the LNG to customers. Potential customers would also have to have the necessary infrastructure to serve the incoming tankers bearing LNG. "Even if such a plant is built, Europe will still be the top market for this gas, but the costs will be substantially higher and the delays in project completion much longer," Lebedev added.

Despite falling oil prices, Gazprom has been shipping gas to Europe for a record high of $500, and is expected to post record profits in the last quarter of 2008. Yet gas prices, which have a time lag to those of oil, are in for a slump, projected to start in early as in 2009. Mikhail Korchemkin, the managing director of the U.S.-based consulting firm East European Gas Analysis, projects that gas could go down to $200-230 per 1,000 cubic meters by the end of 2009. "Even if it goes that far down, it will still be acceptable for the Nord Stream project," he said.

Upon its completion, Nord Stream will get the bulk of its gas from the Yuzhno-Russkoye gas field, and eventually from the fields in Yamal and Shtokman, one of the world's largest natural gas fields, able to provide for Nord Stream for over a century. It is expected to start production by 2013-2015. "Growing gas exports will become a priority for Russia in the coming years, as domestic consumption may decline in the wake of the ruble devaluation and a fall in demand ," said Lebedev, adding that the threats to halt Nord Stream were the latest attempt to increase exports in all directions. "It was just another attempt to scare Europe and heat up the market," said Korchemkin.