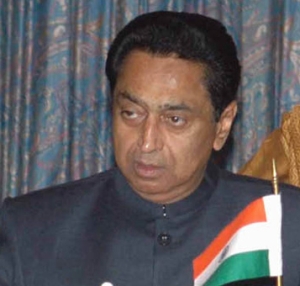 The world financial crisis has had considerable impact on all countries. What are the short and long term consequences for the Indian economy? What measures should the Indian government apply to ease the effects of the crisis? How could the crisis affect Indo-Russian economic ties?
Though India is not insulated from the global financial crisis, the impact on the Indian economy is likely to be moderate compared to other countries. Some of the short term and long term consequences for the Indian economy could be a moderation in the economic and industrial growth rate. Indian economy has so far recorded an average GDP growth rate of 9% during the last 3 years (2005-08). However, it is expected to moderate between 7-8%. Similarly the industry has recorded an average growth of 10% for the last 3 years which is also expected to moderate. Some of the export oriented industries particularly catering to the market in North America and Europe like textile 8 garments, auto-components, BPO, software etc. could be somewhat affected. However, there will be some positive impact also for the Indian economy and industry in the form of global decline in prices of crude oil, primary articles, metals and minerals which are the key inputs for the industry.
The Government has taken several measures to reduce the impact of the financial crisis which includes injecting liquidity in the economic system, lowering of the interest rate etc. The Government is also closely monitoring the situation and would take further steps if required. There may not be any major impact on Indo-Russian economic ties as a result of global financial crisis.

What are the major developments and prospective trends for the Indian economy in the near future?
The impact of the global financial crisis on the economy would be moderate compared to other countries as the Indian economy is mainly driven by high domestic saving rate (35% of the GDP) and investment. In addition the vast Indian market with a growing middle class can sustain the economic and industrial growth despite the general global economic slowdown. The Indian economy is expected to grow between 7-8% despite the global financial crisis. Government would continue to emphasise the development of infrastructure in the coming years.

India is emerging as a major manufacturing country. What are the major trends in this sector? What other industrial sectors are important from the perspective of economic development'?
India has emerged as a major manufacturing country in recent years and become a major player in the global market in sectors such as automobile, auto-components textiles and garments, pharmaceuticals, leather and leather products, gems, jewellery, software, BPOs etc.
The small and medium enterprises (SMEs) which are generally more labour-intensive in nature, provide 31.25 million employments in the country and account for 40% of total exports. The SME sector is one of the key industries for more inclusive and balanced economic development of the country.

India is known as a liberal economy. What are the major trends in this sector? What other industrial sectors are important from the perspective of economic development?
As a part of the policy towards greater openness, India has been continuously trying to reduce trade barriers, bring down transaction costs and facilitate a favourable environment for international trade. These efforts have been recognized internationally. In the recent World Bank's "Doing Business Report 2008", India has been rated as one of the top reformers and India has improved its rank in doing business from 132 in 2007 to 120 in 2008, moving up by 12 positions. In trading across borders, India improved its rank from 142 in 2007 to 79 in 2008 vaulting 63 places, much faster than all other countries of the world. According to this Report, there was a marked reduction in number of documents required for trade, time taken for exports and imports and cost of exports and imports per container. The improvements were especially dramatic in imports. The effects of these reforms on trade and investment relations with the globe have been profound.
India has emerged as one of the largest free market democracies in the world. The free market economy has unleashed entrepreneurship in the country which has led to emergence of the Indian corporate sector and brand name in the global market. The consistent high economic growth in India has greatly improved the living standards in India. This has also opened up a vast market to the world. The other countries can draw from India's experience of well calibrated economic reform along with independent regulatory frame work to monitor and facilitate the economic growth process

In February this year, you co-chaired the India-Russia Forum on Trade and Investment in New Delhi with Mrs. Elvira Nabiullina, Russian Minister of Economic Development and Trade. The Forum highlighted the Year of Russia in India. The IndiaRussia CEO's Council was established during the Forum. Can you assess the initial result of this event and the current level of economic relations between the two countries?
The 2nd Session of the India-Russia Forum on Trade and Investment was held in February 2008, in the first quarter of the "Year of Russia in India". More than 500 business representatives from both the countries took part in the Forum.
At the Forum, both sides underlined key areas of investment cooperation in Energy; Transport and Infrastructure; Chemicals and Pharmaceuticals; Mines, Metallurgy and Minerals (including diamond); Services (IT and ITes, Banking, Financial Services, Education, Tourism and Medicine); Commodities (agriculture and agro processed products including products of animal origin, tea, coffee and tobacco; Textiles. As agreed in the Forum, the composition of the India-Russia CEOs Council has been finalized.

The Year of Russia in India is drawing to close. Which business events did you think were the most important in developing our trade and economic relations?
India-Russia Forum on Trade and Investment set up under the Co-Chairmanship of the respective Ministers of Ministry of Commerce and Industry of the Republic of India and Ministry of Economic Development and Trade of Russian Federation held in India in February 2008 is the first major business event.
Russian National Exhibition being held in India during 25th to 28th November 2008 is another major event being held in last quarter of the "Year of Russia in India". We expect that the exhibition will present an occasion for the Russian Industry to share its technological strengths with their Indian counterparts which shall facilitate mutually beneficial tie-ups and increased economic activities between the two countries.

The two countries' leaders have set a target of increasing mutual trade to$10 billion by 2010 (last year it stood at $5.3 billion). Judging by this years performance, is that objective likely to be met' In your opinion, what measures should be taken to complete the task of doubling trade turnover'?
As per the DGCI&S trade Statistics, the India-Russia bilateral trade in 2007-2008 was approximately US $3.4 billion, a marginal increase as compared to US $3.3 billion in 2006-2007.
The India-Russia Joint Study Group set up in pursuance of the MoU signed between Ministry of Commerce and Industry and Ministry of Economic Development and Trade of the Russian Federation had finalized its report in July 2007. The report covers various aspect of trade between India and Russia in Goods and Services as well as investment cooperation and makes relevant recommendations to enhance bilateral trade and economic cooperation to US$10 billion by 2010.
A Joint Task Force has been set up to monitor the implementation of the recommendations of the Joint Study Group and to consider the possibility of concluding a Comprehensive Economic Cooperation Agreement between India and the Government of the Russian Federation. The first meeting of the Joint Task Force is meeting in New Delhi in the first week of November 2008. Specific steps for enhancing bilateral trade relations in various sectors identified in the report of the JSG and to achieve the bilateral trade target of US$10 billion, by 2010 will form the basis of the deliberations of the JTF. The CEO's Council set up between the two Sides has been entrusted to carry forward the initiatives in the private sector.

India has already achieved impressive success in areas of innovation including IT, telecommunications, and nano- and bio-technology. What elements of the Indian experience are of practical interest to Russia for developing Russian-Indian ties'?
IT and Telecommunications are important sectors. With plenty of scope for enhancing cooperation in this sector. Availability of highly skilled and qualified human resources, good command of English and the governments support are the major reasons for Indian success in this area. Russian companies may take advantage of these.
Cooperation in the sphere of pharmaceuticals and bio-technology has been discussed, inter-alia, during the 14th Session of India-Russia Working Group on Trade and Economic Cooperation held on 29-30 September 2008. Both Sides should take necessary steps for signing of an agreement in the sphere of quality examination of pharmaceuticals substances as agreed in the meeting and explore the possibilities of formation of Joint Ventures in both the countries including manufacture of antibiotics and vaccines.

Russian investments in the Indian economy are currently less than substantial, although Russian companies have recently become more active in penetrating the Indian market. What do you think is impeding this process?
India and Russia are two of the fastest growing economies in the world. Both countries have been attracting significant Foreign Direct Investments. One of the reasons for the currently limited investments seems to be the lack of information and awareness among the business communities on both sides. The meetings of the India-Russia Forum on Trade and Investment, the development of relationship among the banking institutions of the two countries should contribute to growth in investments between our two countries.

2009 has been declared the Year of India in Russia. Could this be a milestone for further progress in economic cooperation? What are your government's plans and predictions? What are the key economic events next year'?
India is planning to hold a large number of trade exhibitions, business and academic conferences and scientific and technological seminars as parts of Year of India in Russia in 2009. To enhance trade and economic relations, Ministry of Commerce and Industry has proposed to hold the 3rd Meeting of the India-Russia Forum on Trade and Investment in Russia in second half of 2009.
India Trade Promotion Organization (ITPO) shall be holding an "India Show" to show case the strengths of Indian industry. Export Promotion Councils / Commodity Boards have been advised to participate in important events being held in Russia in the
Year 2009 to showcase high quality Indian products and related technological developments.

In 2009, there are plans in Russia to hold an economic summit for SCO countries. How do you think are the prospects for increased co-operation in this format?
India is not a member but an observer for SCO, under globalization there are two different trends in economic activities. One is the policy which is driven by the market. The second is groupings of countries having similar-interests. Almost every nation in the world is presently a member of one or more such groups. Summit of any such group is bound to produce benefits to all the members in particular and to the world at large in general.

Could you please share your vision of India's development by 2020: how do you see Russian-Indian economic relations over the next decade?
India aspires for progressive economic growth to alleviate poverty and literacy from its soil and establish its economic position. In my view we are proceeding in the right direction and by 2020 we will achieve our goals. Indo-Russian relations will grow to great heights. We have a shared thinking and we are keen to play a major role in the global economy. The rapid growth of our economies will create new opportunities for mutual cooperation.