Prisoners of their own imagination: Ukraine's relations with Russia 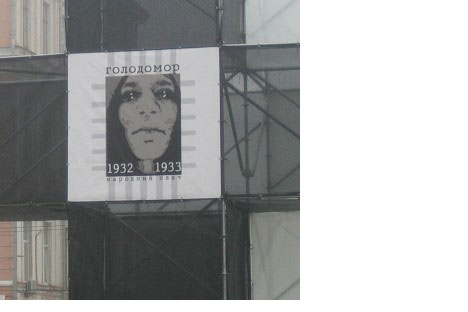 A few years ago when Leonid Kuchma, former President of Ukraine, was still head of state, he published a book called Ukraine is not Russia. Now you might think, why should the present of an independent country want to try to prove that his state is not another neighbouring state? Surely it's absolutely obvious that France is not Germany, and India is not China...

But relations between Ukraine and Russia are so close that even the Ukrainian national identity (and that was the main issue for Kuchma) has been defined by its relationship with Russia - a relationship that only underscores the strength and variety of the links between the two states and their peoples.

To understand the characteristics of today's relationship between Russia and Ukraine, we have to travel back through history. Kiev, the capital of Ukraine, has always been called "the mother of Russian cities", and it was in Kiev that the ancient state of Rus first adopted the Orthodox Christian faith. Kievan Rus was the cradle of modern Russia, Ukraine and Belorussia, and even after this territory divided into separate states its population still shared the name of "Russians". For example, neither the seventeenth-century Ukrainian leader Bogdan Khmelnitskiy, who led the Orthodox population of Ukraine in a war of liberation against Poland, nor the ethnic "Little Russians" (Malorossia, "Russia Minor" was the geographical name of what is now Ukraine, in the Russian Empire) , nor the brilliant statesmen in the time of the Russian Empire who created the Russian state - Bezborodko, Kotlyarevskiy, Miloradovich, Paskevich, Gurko, Svyatopol-Mirskiy and many, many others - ever regarded themselves as "Ukrainians".

Moreover, Ukraine owes its modern borders largely to the Russian tsars and the Soviet authorities. The Crimea and Novorossiya were conquered by Catherine II, and Western Ukraine was incorporated into the USSR under Stalin. Ukrainians have always made up a quite substantial percentage of the Russian and Soviet establishment. Today, however, at the official level the Ukrainian authorities prefer to close their eyes to facts like this and to peddle pseudo-historical myths about "Soviet occupation" and the "Holodomor" famine.

The Holodomor is the official name for the massive famine that gripped Ukraine in 1933. Historians believe that one of the main causes of the Holodomor was the radical economic reforms carried out in the USSR at the end of the 1920s and the beginning of the 1930s. The Ukrainian authorities are determined to portray this as a genocide of the Ukrainian people, even though Ukraine was only part of a process that pervaded almost the entire territory of the Soviet Union and which seriously undermined the peasant economy. Juggling the facts in this way is quite inexplicable, whether from the historical, political or human point of view. For many people living in Russia this period in Russian history has left a tragic aftertaste - there is hardly a single family that did not suffer in one way or another during the period of industrialisation and mass repression. For this reason, the reaction to the stance adopted by the Ukrainian authorities is at best one of bewilderment.

Russians understand very well that after 17 years of "separate existence" each of the two countries has established its own priorities - and each lives by its own rules. Having been parts of a single state for long enough, Russia and Ukraine have to face a whole range of practical issues. It's not always possible to divide up "jointly earned property" such as the Black Sea Fleet, or to painlessly resolve issues arising from the "divorce" of industrial enterprises that previously worked within the same system. But that's the way we live - on the one hand following the rules of the free market and inevitable competition, and on the other hand knowing that it's completely impossible to cut up a living entity without damaging both sides. And the damage is not only economic but also moral, because for Russian "brother Slavs" this is not simply a concept.

I was recently invited by Moscow University to give a lecture to first-year students on Russian-Ukrainian relations. I began asking them to raise a hand if they had friends or relatives in Ukraine - almost all of them put their hand up. I wondered in which regions of Ukraine they lived, and it turned out to be a complete picture from Lugansk to Uzhgorod, from Sevastopol to Lvov. And these were young people mostly born in 1990-91, when Ukraine and Russia were already independent states.

It cannot be denied that Russia, weighed down as it was by internal problems at the start of the 1990s, did not pay enough attention to what was happening in neighbouring countries, although this was a time when ties established over centuries were being broken. Moreover, the Russian authorities' attempts to build bridges were at times reminiscent of a bull in a china shop. However, this was for the sake of justice, not just for the Russians. The notorious "gas wars" were a very revealing episode in Russian-Ukrainian relations. And the Russian position was fully understandable: it's hardly possible to continue "sharing like brothers" when the other "brother" is so obviously demonstrating his desire to sever family relations. Self-determination should be a conscious choice with all the consequences that flow from it. Russia is ready to recognise any choice - on condition that good neighbourly relations are maintained.

On the other hand, attempts to rewrite history or to seek self-identity at someone else's expense can scarcely be regarded as factors that promote peaceful coexistence between two countries. And not just between countries - this applies to Ukraine itself, the population of which has never been one undifferentiated whole. This is why there's a split between the north-east and south-west of the country. It's a split caused by differences in economic development between these regions, as well as by worldview, in terms of their faith. For Russia, which today is primarily interested in stability, it doesn't help to have a neighbouring country that is torn apart by dangerous conflicts. Russia has already learnt from its own experience how dangerous it is to play at nationalist ideals and to attempt to impose aggressive models of conflict resolution. That's why in relation to Ukraine, as with any other states, Russia prefers a position of maintaining a balance rather than exacerbating conflicts. It would perhaps be sensible for the Ukrainian leadership to reflect on this too...

Leonid Panteleev is the Director, Institute of Russian Compatriots