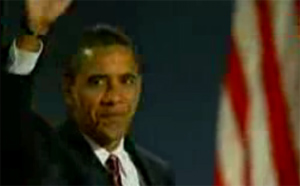 My daughter gets terribly offended whenever my wife and I, in good Soviet style, refer to the children's club where she spent the autumn holidays as a "pioneer camp". But unlike anything from the Soviet period, the camp counsellors roused my daughter and her campmates in the early morning hours of November 5 with the exuberant shout: "Girls, wake up! Barack Obama won the US election!"

Many Russian political analysts sounded a very different note. Alexei Chadayev, for example, wrote: "The black voters cast their ballots without thinking. The victory of democracy and tolerance in the United States is a sham. Obama won simply because of the black majority that voted for his skin colour and not his views or policies."

I suspect that this type of statement would be considered racist in the West. At the very least, it is wrong. Blacks have never constituted a majority in the US, and even if the Latino population were added, the aggregate sum would still represent a minority. The truth is that most Americans who voted for Obama were not black.

Not only do our pundits have a distorted view of what is happening overseas, they are detached from domestic realities as well. Opinion surveys indicate that the Obamamania that swept Western Europe has also seized Russia - at least as far as the general population is concerned. In a survey conducted by the pro-Kremlin internet newspaper Vzglyad, about 80pc of respondents said they would have voted for Obama had they been able to participate in the US election.

Most Russians view Obama as a politician who offers a new opportunity to improve US-Russian relations. The only caveat is if Obama picks his future Cabinet from the group of hawkish foreign policy advisers who were part of his election campaign. If this happens, it would likely mean a continuation of the same cold bilateral relations that we have experienced over the past eight years.

But Obama will surely pick a broad range of foreign policy specialists, many of whom will be realists who share his views on a multilateral approach to global affairs in general and US-Russian relations in particular. In this way, Obama's victory marks a radical turning point in politics. He has no other choice now but to pursue a new course and to bring the American people along for the ride.

This applies to social and economic areas as well. Even if his chief economic advisers are zealots of laissez-faire economics, Obama will still have to continue the interventionist policies President George W Bush's administration adopted during the outbreak of the financial crisis, if only because no other options exist.

Americans intuitively understood the need for change and renewal, and they responded to it at the voting booth. Now the battle begins over exactly what changes need to be implemented.

By contrast, Russians are more afraid of change, and there is nothing in the air to indicate that they see a necessity for sweeping reforms. But as a result of the drop in global oil prices and the country's financial difficulties, which will only get worse in 2009, there is clearly an objective need for fundamental change.

In these volatile conditions, it is the Russian elite, as well as the country's analysts and ideologues, who are the least prepared for serious changes.

Boris Kagarlitsky is the director of the Institute of Globalisation Studies