The death of a project 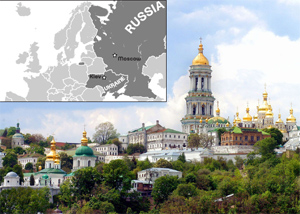 Look at newspaper stories on Russia-Ukraine today and you'd believe that there are no more to these two countries' relations than the Stalin-induced hunger of the 1930s, the role of Ukrainian nationalist groups in the Second World War and the saga of gas deliveries.

Meanwhile, not only Russia and Ukraine, but the whole world continues to profit from what used to be Russo-Ukrainian brotherhood. For example, during the military operation against Taliban in 2002 Nato troops were carried to Afghanistan by none other than the Ukrainian An-124 (Ruslan) military transport plane. Historically, only US and the Soviet Union managed to develop and build reliable military transport aviation.

Designed by the famous Antonov Design Bureau, the plane was manufactured in the early 1980s in parallel by the Ulyanovsk Aviation Industrial Complex (based in central Russia) and Kiev Aviation plant AVIANT, based in the capital of Ukraine. Antonov design bureau started operations in Novosibisrsk, central Siberia, in 1946 and moved to Kiev in 1952. When Ruslan (nicknamed Condor by its future Nato users) made its test flight in Kiev in 1982, jubilation in Ulyanovsk was even greater than in Kiev. At the time, it was the largest plane in the world.

The plane was produced in series by the two plants until the breakup of the Soviet Union in 1991. And then politics took the upper hand over economy, forcing the end of production, since it required two plants, which found themselves in two different (and now not very friendly) states. Thousands of people in Ulyanovsk and Kiev lost their jobs - a high price to pay for Ukraine's "Euro-Atlantic integration". Officially started under the former President Leonid Kuchma, now vilified by the Western press, this integration became the bed-rock of President Viktor Yushchenko's foreign policy. After his coming to power in 2005, the project of joint Russian-Ukrainian military plane An-70, started back in Soviet times, was finally buried.

Meanwhile, the same 40 planes produced before 1991 continue to be used - not only by Russia and Ukraine, but also by the EU countries and even United Arab Emirates and Libya. An-225, designed as enlargement of An-124 in the same Antonov bureau, was used for carrying the first and last Soviet space shuttle Buran in 1987.

"The name of the An-225, the successor to Ruslan, which became the next largest plane in the world, was Mriya, which means `dream' in Ukrainian," said Alexander Lysenko, a professor at Kiev Higher School of Military Aviation. "This name was given to it back in 1990, under the Soviet Union. At the time, we could not even imagine that we would be on different sides of customs controls with Russians, let alone military blocs."

When former President Kuchma talked about the creation of Joint Economic Space (JES) with Russia, presupposing the revival of the projects such as Mriya or Ruslan, the EU's enlargement commissioner Guenter Verheugen rushed to Kiev, putting before the Ukrainian authorities the alternative: either JES or the EU.

The production of all three planes, Ruslan, Mriya and An-70, cannot be resumed for political reasons. But plane like Ruslan or Mriya means not only decades of hard work by engineers, workers and designers. It is also the risk of test pilots, the hopes of young military aviation officers and, last but not least, the jobs of tens of thousands of people with their families.

Isn't sacrificing all of this a bit too high a price to pay for a very distant perspective of integration into the clubs of the rich and powerful - the EU and Nato? People in Antonov bureau, whose families have faced a hungry life since 1991 may know the answer, but Yushchenko prefers to talk about the hunger 1932-1933.