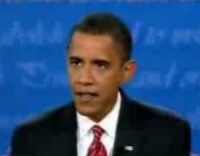 Which conflicts may end, and which may flare up after Barrack Obama comes into office? How will the world situation change?

What will U.S. military policy be like? Much depends on who will implement this policy. The appointment of Robert Gates as defense secretary and Gen. James Jones as national security advisor makes it clear that the United States will not stop armed actions across the board. But major changes are bound to take place in some theaters of operations.

One of Obama's main election promises was to withdraw U.S. troops from Iraq. Now the plan is to pull them out in 16 months. However, the conflict in Iraq is not likely to end with this. The lack of the dominant military-political force in Iraq will not allow any party to the civil war to quickly unite the country under its leadership, and the conflict is likely to linger on.

To the contrary, the conflict in Afghanistan is bound to intensify. As Obama said himself, struggle against terrorism in Afghanistan remains one of Washington's priorities. The Pentagon has already announced its plan to increase its troops in Afghanistan to more than 50,000. By getting more and more involved in the Afghan conflict, the United States may get bogged down in it, like the Soviet Union once did.

Iran is bound to remain on the list of priorities, but under the circumstances the United States is not likely to unleash a new war in the region. It is more likely to exert pressure on Iran from within by backing the opposition forces.

The United States is also likely to concentrate on the former Soviet Union, especially the Black Sea area. It is going all-out to get Ukraine and Georgia into NATO, but in Europe this position is unreservedly backed only by Poland and the Baltic nations. NATO's old members are either adamantly against this, or believe that this step would be premature.

Ukraine and Georgia are not likely to join NATO any time soon, but the risk of another conflict between Georgia and Russia remains high. Ukrainian and U.S. conduct is also cause for concern. Kiev has transferred troops to its eastern and south-eastern borders, while Washington has decided to insure its ships in the Black Sea against potential military risks.

However, if the conflict does not break out before Obama's inauguration, it will become much less likely. The new administration does not need a new war between Russia and Georgia, all the less so with Ukraine's participation. But Washington will continue helping these countries get into NATO. Most probably, it will go on with the deployment of its new missile defense systems in Eastern Europe.

Wars are not likely to start in other parts of the world. The democratic cabinets of the last few decades prefer undermining their potential enemies from within, by backing pro-U.S. forces there. Say, in Venezuela, Washington is most likely to back the anti-Chavez forces and stuff them with money but refrain from direct interference.

In general, international tensions are not likely to become any less intense. The global economic crisis has only just started, and its further development may seriously affect the political plans of the leading powers.

The opinions expressed in this article are the author's and do not necessarily represent those of RIA Novosti.