Russia and the global community vs. the financial crisis 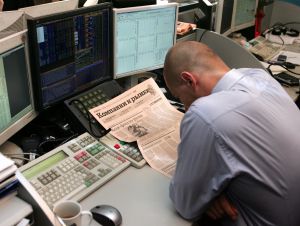 Will the recent cash infusions suffice to fix the economy? And, most important, what measures are Russia and other countries now taking to fight the economic downturn? To what extent will they prove effective? The analytical survey "Russia and the Global Community vs. the Financial Crisis" presented by the head of the FBK Strategic Analysis Department Igor Nikolaev offers answers to these and many other questions.

As of 10 November 2008, Russia's anti-crisis spending amounted to approximately six trillion roubles, accounting for 14% of its preliminary GDP for 2008. In comparison, current global financial spending (by global, we mean only the leading economies and those countries that have disclosed their anti-crisis budgets, including China, which has recently unveiled its economic incentive package and plans for its distribution) is estimated to have reached USD 9.4 trillion and now accounts for 15% of the global GDP. It would be interesting to compare the percentage of these financial reserves in the GDPs of various countries. They vary from 1% (Australia, Denmark) up to 225% (Ireland). If, however, we look at the spending of the leading countries and Russia, the cost breakdown will be as follows: an average of some 12-13%, with 25% in the USA, 23% in Germany and 37% in Great Britain.

I have already stated it is the distribution of the resources that counts most. The majority of governments have highlighted three priority areas - state guarantees, capitalisation or recapitalisation, and buyout of assets, including troubled ones - and certain other aspects, such as direct support for the economy, demand incentives, etc. So we can now point out some rather interesting features distinguishing Russia from other countries. Its state guarantees are equal to zero. Most of the Russian anti-crisis funds - 84% - are to be spent for recapitalisation. Another 5% goes for buy-out of assets, yet another 11% falls into the "Other" category. The total amount allocated by Russia is US $222 billion.

The leading world economies are earmarking the bulk of their anti-crisis funds for state guarantees. This is an important fact, well worth our notice. Why? Because we have to reflect once again on the nature of the crisis and the fundamental reasons for it. The current meltdown is not a liquidity crisis. The report provides a wealth of evidence of trends. So today's crisis is due to a credibility gap. If we analyse some foreign state programmes (e.g. using IMF documents), we see that they clearly define it as a credibility crisis. Why is this so important from our point of view and where does the difference lie? It is crucial because, once we agree this is a credibility gap and that the problem in no way consists in a liquidity squeeze, we can outline an appropriate plan to counteract the crisis. True, the money did not disappear into thin air, especially on the global scale; it did not just evaporate. The problem is that the financial system is obstructed. Banks do not trust banks or companies; companies, in turn, do not trust banks; business has no confidence in the government; the government mistrusts business, and so on. It is a closed circuit of global mistrust.

In this context, the best possible mechanism is apparently a system of state guarantees. In my opinion, this constitutes the most appropriate option as the funds are then channelled to unplug the "clots" in the financial system. Many countries are beginning to pin their hopes on this strategy. These are two opposite approaches to the problem: most countries focus on state guarantees, even though the level of confidence in their economies is far higher than in Russia, whereas Russia is spending almost nothing on guarantees. This is the first and, perhaps, most important difference between Russian methods for addressing the crisis and the measures undertaken by other states.

However, I will try to demonstrate that the problem is in no way associated with a lack of funds. In my view, there is strong factual evidence to prove this assumption. Even if we study the financial balance sheets of Russian banks we see that, until August, they had sustained steady growth, which soared in September and actually began to fall only in November, when tremendous funds were pumped into the system. Certainly, some banks are really struggling but we believe that, overall, the credit and financial system faces no liquidity shortage.

We see a difference between the accountability and control measures used in Russia and the West. The first principle of the US programme is for taxpayers not to have to pay for Wall Street blunders. This is how it is formulated, even though it is not actually being implemented successfully. Taxpayers will pay anyway, but at least such a principle exists in America. As for Russia, even its anti-crisis package adopted on 7 November virtually fails to mention this. Yet this principle is of paramount importance! Businessmen ask why the US $50 billion channelled via Vnesheconombank for refinancing purposes has been distributed among particular companies, although these companies have some other assets, too. Unfortunately, no official system for distribution of responsibility has been established in Russia and this is a very serious drawback.

By the way, all the programmes we have analysed show that, so far, no international or government organizations (by which I mean financial regulatory authorities), either in Russia or abroad, have assumed any responsibility for even failing to foresee the crisis. Neither the IMF nor the WFE paid any attention to the alarming symptoms, even though, as early as last spring, it was already clear that the situation was deteriorating and a downturn was inevitable. In fact, it was not the US subprime mortgage meltdown that led to the recession, but rather recapitalisation of the global market, which was already in place in 2007.

What should we do to prevent a new crisis in the future? We can and must develop an early warning system to monitor the risks of global recapitalisation on the stock markets. We cannot, of course, demand this of the business community. It is hard to convince businesspeople that the principle "the greater the capitalisation, the better" has its flaws. Marx wrote that "With adequate profit, capital is very bold... 300% and there is not a crime at which it will scruple." Alas, such conduct is natural for businessmen. Yet it is the responsibility of government and international regulatory bodies to monitor their operations. Mechanisms are needed for preventing the market from "overheating." This is how household appliances, like vacuum cleaners or irons, work: when overheated, they switch off and will not work again until they cool down. Metaphorically speaking, the system of international financial regulators should follow the same principle in developing its mechanisms for preventing overheating and recapitalisation. Only this would go any way to insure against repetition of the current situation. Those are the basic conclusions.