NATO in Ukraine and Georgia: out the door, back through the window 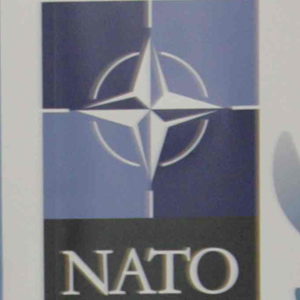 The ministers achieved a compromise to turn down Ukraine's and Georgia's bids for NATO membership for some time and offer them the so-called annual national NATO integration programs containing no schedules or deadlines. The sides agreed to work within the already existing NATO-Ukraine and NATO-Georgia commissions.Even France, Germany, Italy and Spain- those members of the alliance that had spoken against simplified accession procedure for Tbilisi and Kiev, backed the initiative. However, they demanded the decisions made during the Bucharest summit in April remain intact: Ukraine and Georgia do have to meet NATO standards. "Both countries have achieved some progress but still have to do much more",- NATO Secretary General Jaap de Hoop Scheffer said.

Even France, Germany, Italy and Spain- those members of the alliance that had spoken against simplified accession procedure for Tbilisi and Kiev, backed the initiative. However, they demanded the decisions made during the Bucharest summit in April remain intact: Ukraine and Georgia do have to meet NATO standards. "Both countries have achieved some progress but still have to do much more",- NATO Secretary General Jaap de Hoop Scheffer said.

This decision may be viewed as Washington's tactical victory since it was US Secretary of State Condoleezza Rice who visited London before the summit in Brussels to agree on a common approach to the issue with her counterpart David Miliband.

It is not clear yet whether this victory will become a strategic one.

First, Ms. Rice had to announce that anyway Ukraine and Georgia would have to work hard to join the alliance.

Secondly, Germany, being strongly opposed to simplified accession procedure for Kiev and Tbilisi, and supported by other oldest NATO members, demanded that the new procedures were not an alternative to the MAP. Under the agreement reached in Brussels, the two former Soviet republics may be accepted in NATO only after they manage to fulfill all the terms of the "road map" plan.

Thirdly, most European countries have already grasped the difference between George W. Bush's and Barack Obama`s priorities in foreign policy, and do not want to become a hostage to the outgoing US Administration.

Apart from this, Berlin, Paris, Rome and Madrid are aware that with Ukraine and Georgia joining the alliance they will get a new burden of problems. Neither Ukraine nor Georgia is able to meet the MAP demands. They failed to achieve even little progress since the summit in Bucharest. In recent months the political situation in Ukraine has become less stable. Despite the propaganda, two thirds of Ukraine's population are against NATO membership. Georgia's way to the alliance appears to be even thornier due to its territorial conflicts with Abkhazia and South Ossetia.

There is no need reading formal demands in the NATO Charter since the five-day war in South Ossetia demonstrated Mikhail Saakashvili`s aggressive and unpredictable regime in full. President of Georgia has recently admitted that his army had initiated the invasion. "The Guardian" writes that after the tragedy in August the leading European nations view Georgian President as unreliable politician. With such burden of problems Kiev and Tbilisi would present a threat to NATO`s security, the British newspaper concludes.

What is especially important for Russia is that during the meeting in Brussels many members of the alliance insisted that Moscow`s official position was heard and cooperation with Russia was resumed after the August war conflict in the Caucasus.

A German diplomat and the Chairman of the Munich Security Conference (scheduled for February, 2009) Wolfgang Ischinger told in an interview with "Die Welt" that it would have been a mistake to accept new members and shun cooperation with Russia.

The aforesaid arguments prove that some NATO members, mainly those in Old Europe, prefer long-term partnership with Russia to a passing friendship with the US.

However, it would be too naïve to see Washington giving up its plans to reduce Russia's presence in the Caucasus and stir up new conflicts between Moscow and Kiev. I dare to argue the opinion of Mr. Charles King, chairman of the faculty of Georgetown University's Edmund A. Walsh School of Foreign Service in Washington, he has recently voiced in an interview with "Radio Svoboda". Mr. King said that after the tragedy in South Ossetia Washington revised its plans toward Tbilisi. Not at all! The US just had to yield to the pressure of old EU members.

I`m afraid, Washington did not revise its plans but just decided not to attract too much attention to the issue and escalate the row with Russia. Condoleezza Rice was quoted as saying that "NATO-Ukraine and NATO-Georgia commission might be viewed as institutions the alliance could rely on to intensify dialog with potential members".

As the US Army General and NATO Supreme Allied Commander Europe John Craddock put it, "currently Ukraine is the only US partner taking part in all NATO campaigns". In all! Despite the lack of membership status. The Georgian troops had long joined the "peace-keeping" contingent in Kosovo and Iraq, and now are ready to help the US in Afghanistan.

How to react? Russia should think it over immediately. This crucial issue must be discussed at an informal summit of the NATO-Russia Council, which is expected to take place next year.