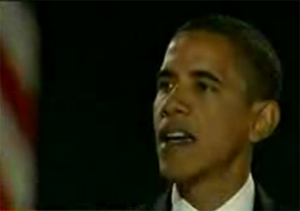 The first is that, in addition to winning the presidential race, the Democrats have substantially increased representation in Congress. This has already triggered discussions about the pros and cons of one-party rule. On one hand, it is conducive to better mutual understanding and greater co-ordination between the administration and Capitol Hill. On the other, a majority in Congress does not mean the administration and the legislature will act as one. That needs to be said because it is relevant to aspects of co-operation which require the involvement of the Hill - in particular, graduating Russia from the provisions of the Jackson-Vanik amendment and bringing back to Congress the US-Russian civil nuclear co-operation agreement, also known as a "123 Agreement," which was withdrawn by the Bush administration following the outbreak of hostilities on the Georgia-Russia border.

Another factor is the huge sense of expectation associated with the Obama presidency. Expectations are extremely high both inside and outside the country, which gives Obama a bit of time to start taking action but leaves no room for mistakes. Meanwhile, the world agenda remains obvious on one hand and very challenging on the other. Think of Obama's promise to stop the war in Iraq and initiate talks with Iran. The same is true of the broader discussions on world political and financial institutions. However, talking about it is one thing: making things happen is another. For example, Russia too is calling for a change in world architecture. However, as soon as it comes to increasing the number of permanent UN Security Council members, Moscow tries to soft-pedal the changes for fear of diminished clout in the organisation. The same may happen in other spheres where action is needed, as different world players see different ways of bringing about change and their role in it.

The third factor is differing priorities of the two countries. The overwhelming majority of American experts see the following order of foreign policy priorities for the Obama administration: Iraq, then Iran, with a clear awareness that engaging with Tehran does not automatically solve the nuclear problem. Next come the Middle East and Pakistan. In the sphere of trade and economic relations, India and China are priorities, followed by the restoration of partnership relations with Europe, and only then comes Russia.

Russia has a different set of priorities, stemming from the premises of its policy doctrine and the current state of affairs. The number one political priority is the CIS, and perhaps more broadly all the former Soviet Union and partly the former socialist bloc. The top economic priority is the European Union. Next comes China, then the Black Sea region, as well as a few Latin American states where Russian geopolitical and economic interests are so closely intertwined that it is difficult to say what comes first or second.

Although many of Moscow's actions may sometimes look like a response aimed directly at the US, in practice there is interaction between the two countries' policy agendas, either over the issues inherited from the Cold War period or over global issues like climate change or trans-border terrorism. In recent months, co-ordinated steps to overcome the financial crisis have been added as another priority. This is how Russia is seen by the United States and this approach underlies the agenda of willing US co-operation with Moscow. In addition to the environment and terrorism there are non-proliferation and arms control issues. Obama has mentioned it more than once, and he visited Russia with Senator Richard Lugar in 2005. The new administration is likely to attach greater importance to non-proliferation issues, as Secretary of Defense Robert Gates said recently. Addressing the Carnegie Endowment, he did not rule out the signing of a new treaty to replace START, which expires in December 2009. But he added that "it ought to be an agreement that is shorter, simpler and easier to adjust to real-world conditions than most of the strategic arms agreements we've seen over the last 40 years." Obviously, if the Obama administration shows a desire to sign a new treaty, Russia will be glad. At the same time, differences over the provisions of the treaty and verification measures may arise.

Finally, the last factor: what will the US democracy-promotion strategy be like in the future and how forward will it be? In his electoral debates with John McCain, Obama declared: "we've got to provide moral support to the Poles and Estonia and Latvia and all of the nations that were former Soviet satellites. But we've also got to provide them with financial and concrete assistance to help rebuild their economies." However, it remains to be seen what this will look like in practice.

It must be remembered, however, that these issues often have many aspects. Thus, US relations with countries in the Black Sea region, Eastern Europe, Georgia or Ukraine are not only about democracy. There are also aspects of military co-operation, economic interaction and, notably, the issue of energy routes and their diversity. Much depends on the methods the US administration will use and how Moscow perceives these methods. After all, the building of a pipeline can be seen as a normal energy security measure or an infringement of Russian interests. The start of negotiations with Iran, if they do indeed start, can be seen as reducing tensions in the region or as an attempt to elbow Russia out of its traditional sphere of interest.

Relations will thus hinge on the ability of both countries to be flexible and their readiness to co-operate with each other, as well as the mutual awareness that making a concession does not always mean renunciation of national interests or a sign of weakness.