Who will receive the Golden Mask award? 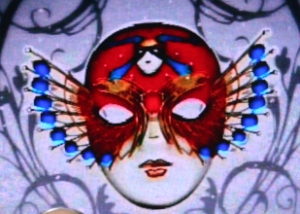 The Golden Mask Festival has named the nominees and first award winners eligible for Russia's top theatre award. St Petersburg is the clear leader in virtually all categories.

15 cities, 49 theatres, 19 theatrical productions from different parts of the country: the 15th Golden Mask Festival promises to be a display of spectacular achievements. Judging from the lists of its drama, music and puppet theatre nominees, the Golden Mask has fulfilled a long-standing dream: it has not only covered the entire range of Russian theatre, but also brought it in line with high metropolitan standards.

This is the first time Moscow has not topped the festival bill. In addition to the two main cities, there are four other nominees for the Best Large Scale Drama Production Award: Barnaul (Voytsek), Ulan-Ude (Maksar. Steppe in Blood), Samara (Bird Colonel) and Krasnoyarsk (The Seagull). The festival organisers have every reason to be proud of such achievements.

As for Moscow theatres, they will be represented by only two plays in the Large Scale Production category: The Coast of Utopia by RAMT (Russian Academic Youth Theatre) and Portionless Bride by Piotr Fomenko's Theatre-Atelier.

St Petersburg is now at the forefront, having doubled the number of its theatrical productions in recent years. The Drama category alone comprises six nominees from St Petersburg. Applicants for the Best Production award include Uncle's Dream and The Lady with the Dog (Tovstonov Bolshoi Drama Theater), The Seagull and Marriage (Alexandrinsky Theatre), Love's Labour Lost by Lev Dodin and Russian Jam by the Satire Theatre on Vasilievsky Island.

In addition, the candidates for the Best Actor and Best Actress awards include not only stars from St Petersburg theatres, but also representatives of the younger generation who are by no means outshone by their more renowned colleagues. It is also good news that, in the Innovation category, we find nominees from Kurgan and Yakutsk, whereas in previous years all innovators came only from Moscow and St Petersburg theatres. It was universally acknowledged that no innovator could survive in the provinces. Another prejudice is that the Golden Mask has not adequately recognised the work of puppet theatres, since festival experts previously struggled to select candidates eligible for this award. This year, however, has seen truly record results: there are six nominees from St Petersburg, Petrozavodsk, Mytishchi, Abakan and Nerungri.

The principal sensations of the Golden Mask Ballet Award will be in the out-of-competition category, such as the Legendary Performances and Performers of the XX Century project, which will bring true ballet legends to Moscow. For the first time, the capital's ballet-lovers will have an opportunity to see Sylvie Guillem, a world famous star of such popularity that no theatre can claim any rights to her name - now a brand in itself. A classical ballerina by training and profession, she has always preferred to work with modern authors like, for example, Russell Maliphant, whose ballet Push she will perform in mid-March. The Ноlland Dance Festival will feature a performance of Last Touch First, to be seen in Russia for the first time. This is a production by Irzhi Killian, staged by a charismatic choreographer for charismatic dancers of the older generation (those over 50). It will be followed by the Royal Ballet of Flanders' performance of Impressing The Czar, written by another iconic author, William Forsythe.

Most striking about the list of the seven Opera nominees is the absence of Bolshoi Theatre productions, since most Moscow candidates for this award category traditionally come from this revered institution. St Petersburg operas have fared better, with two possible winners from the Mariinsky Theatre. Coincidentally, both are world premieres of operas written by modern composers: The Enchanted Wanderer by Rodion Schedrin and The Brothers Karamazov by Alexander Smelkov. As for the other St Petersburg candidates, the jury also singled out Rossini's Cinderella staged by the Zazerkalie Theatre.

It is most encouraging that Russia's main theatre festival has not really been hit by the financial crisis. Moreover, despite the unfavourable economic situation, the Golden Mask Festival is gathering pace. Apart from the principal competition, this year's schedule is to include Mask Plus, an enlarged, out-of-competition programme consisting not only of Russian productions but also shows from CIS and Baltic countries. Additionally, the festival bill includes performances by Golden Mask winners of previous years and Mariinsky Theatre Moscow premieres, which have already become a tradition. The festival will last almost three weeks, from 27 March to 17 April 2009. On 18 April, all the winners will have their Masks.