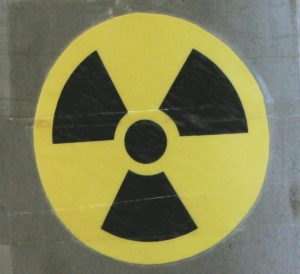 The 1991 Soviet-U.S. Strategic Arms Reduction Treaty (START I) expires December 5 next year. This brings to the fore the problem of reducing nuclear arsenals and the monitoring of the process because the 2002 Strategic Offensive Reductions Treaty (SORT), which is valid through 2012, does not provide for irreversible reductions and does not establish a permanent mutual verification mechanism.

The 1991 treaty, which entered into force in late 1994, limits the sides' strategic offensive potential to 1,600 carriers and 6,000 warheads. START II, the successor of START I, banned the use of MIRVs on ICBMs but it was never validated. In 2004, Russia officially withdrew from START II in response to the U.S. pullout from the 1972 ABM Treaty in 2002.

The latest nuclear disarmament agreement, SORT, limits the sides' nuclear arsenal to 1,700-2,200 warheads each. It does not specify how many warheads one carrier may have. Each side can independently determine the components and structure of its nuclear force. The treaty does not establish a mechanism to verify compliance. Instead, the sides merely refer to the currently valid START I treaty and agree to convene a monitoring commission twice a year.

However, as mentioned above, the START I treaty expires next year, which means that its verification provisions will become invalid. As for the SORT treaty, it does not restrict decommissioned warheads or carriers. They may be stored at munitions depots and quickly put back into service.

Russia is against this approach. Economically, we are unable to quickly build up our strategic nuclear potential, considering that in the next decade we will have to replace almost 300 ground-based missiles and close to a hundred sea-based missiles. It is necessary to conclude a new comprehensive agreement on cuts in strategic offensive arms, which would not only establish quantitative restrictions, but also create a dependable verification mechanism.

Lack of such agreement and deployment of a U.S. missile defense system may undermine strategic parity between the Russian Federation and the U.S. The potential enemy's considerable superiority in the number of warheads is greatly increasing the risk of a disarming first strike, and the surviving missiles may not be enough to penetrate missile defenses and inflict unacceptable damage on the aggressor.

Ideally, a new treaty should not only limit strategic offensive arms but also regulate the sides' missile defense relations. The outgoing Republican administration did not wish to negotiate these problems. Hopefully, the new guard will change this policy, and enable Russia and the United States to preserve parity, and continue the gradual reduction of nuclear threat, launched in the 1980s.