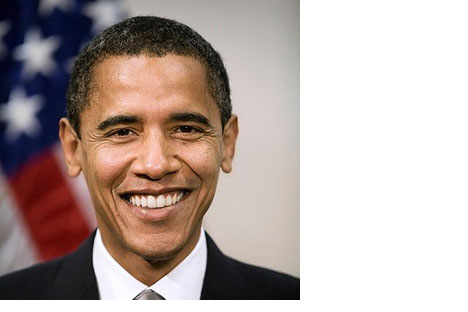 Few people know what Henry Kissinger, America's best diplomat in the last half century, was doing in Moscow over this past weekend, but it is clear that the United States will have to make some very serious and morbid decisions.

Although starting January 20 these decisions will be made by President-elect Barack Obama, it is obvious that they will be drafted by the best brains from the U.S. foreign policy community. This community is large and sophisticated. It stands above party contradictions, and Republican Kissinger is the number one magician there.

It is abundantly clear that Russian-U.S. relations are at their worst, and suit America even less than Russia. It is also obvious that the main mistakes were made under President Bill Clinton, whose wife was chosen by Obama as secretary of state. The U.S. public should not have perceived the events of 1991 as the Soviet Union's defeat by the United States, and should not have confused Russia with postwar Japan, which was reformed by American "shogun" Douglas McArthur.

What has the United States received as a result? One of the consequences was that the number of Russians who had a liking for the United States had decreased almost three-fold in the post-Soviet period. Meanwhile, it was clear by the start of the 21st century that public opinion substantially influenced Russia's foreign policy. Any steps by Moscow showing its independence from Washington (independence at a minimum) were bound to be welcomed by Russian voters.

There were few similar steps in the 1990s. Later the United States discovered that it could simply ignore Russia's opinion (which was impossible with the Soviet Union). After the U.S. failure in Iraq, Russia also realized that it could ignore the U.S. position in many cases, and that the Russian public would only applaud it.

In other words, America's unilateralism, for which it is criticized by European and other countries, prompted Russia to answer in kind.

As a result, Russia and America do not keep in touch in the world arena, if we do not count mutual verbal accusations which have no consequences. They are less in contact than they were during the Soviet times.

It is clear that Barack Obama and Dmitry Medvedev will hold summits in any event. The two leaders will have to replace the Strategic Arms Reduction Treaty (START I), which expires on December 5 of the next year.

However, in general, by the end of the George W. Bush's presidency and Medvedev's inauguration the sides were not clear on how they could benefit from bilateral cooperation. Mr. Kissinger is playing a key role in getting out of this deadlock. Medvedev and Obama are not the only ones who should look into each other's eyes. Our two countries should do the same.