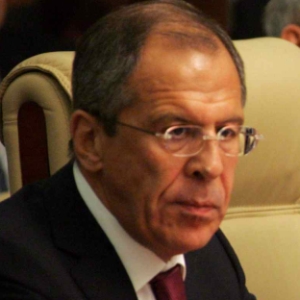 The Strategic Arms Reduction (START-1) Treaty signed between the Soviet Union and the United States in 1991 expires on December 5, 2009. It places a limit of 6,000 strategic or long-range nuclear warheads on each side, and limits the number of delivery vehicles, such as bombers, land-based and submarine-based missiles, to 1,600 each.

"We expect the new [U.S.] administration to maintain constructive cooperation with us so that the START Treaty can be preserved and strengthened, rather than weakened, after December 2009," Lavrov told reporters after attending UN Security Council meetings.

Russia and the United States recently held a new round of talks in Moscow, described by Lavrov as "without doubt useful", on a new document to replace the 1991 START-1 Treaty, missile defense in Europe, and non-proliferation issues.

"The talks will be continued with the Obama administration," Lavrov said, adding that Russia's aim was to ensure the "strengthening of strategic stability without depriving this sphere of the control, verification and limitation mechanisms or the instruments for strategic arms reductions established in earlier agreements."

Moscow has repeatedly stated that the signing of a new nuclear disarmament deal will only be possible if Washington abandons its plans to place elements of a U.S. missile shield in Central Europe.

Washington plans to deploy a missile defense system comprising 10 interceptor missiles in Poland and a radar system in the Czech Republic. The U.S. says it needs the shield to deter strikes from "rogue states." Russia insists it would threaten its national security and harm the balance of European security.

After Barack Obama's November election victory, one of his foreign policy advisers said the president-elect was not committed to the missile shield, and would only continue with the project if its effectiveness was proven.

Russia also insists that any agreement replacing the Strategic Arms Reduction Treaty should be a legally binding document and must set lower ceilings not only for the number of nuclear warheads, but also for their delivery vehicles.

A high-ranking source in the Russian Defense Ministry said earlier that dialogue between Moscow and Washington on further nuclear arms reductions and on new control measures had so far failed to bear fruit, since U.S. proposals actually envisaged bypassing limitations and covertly increasing nuclear arsenals.