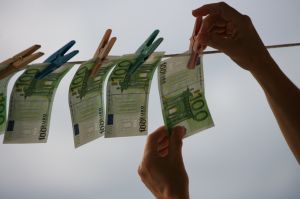 After injecting massive amounts into the banking system and bolstering the rouble, the Russian government has turned its attention to more economic fundamentals by producing a de facto bailout plan for the non-financial sector. A new round of government spending will be focused on this area, as banks have failed to provide enough cash for these declining industries. However, the plan is directed more at alleviating fear among investors and deterring possible social unrest than at truly improving the economy.

Last week, Prime Minister Vladimir Putin set up a task force comprising members of key ministries and large state-owned banks, including VTB, Gazprombank and Sberbank. It will be granted wide authority to distribute anti-crisis support to non-financial sector enterprises, primarily the so-called `strategic' industries and `single-industry' cities, which have been hit hardest by the crisis. Overall, the companies selected to receive aid will comprise about 85 percent of the country's GDP.

Putin lamented that support money either takes a long time to reach industry or simply fails to do so. He cited this as why it is important to directly support companies, rather than doing it through handing out cash to the banking system. Banks don't trust the production and manufacturing sector enough to lend the money these companies need.

The federal anti-crisis team and its regional peers are supposed to be fixing this problem. "If the companies receive funding directly, it will speed up the process and they'll be able to use it much faster," said Vladislav Korochkin, Vice President of the `OPORA RUSSIA' union of small and medium businesses.

Preliminary guidelines have been issued to help the committee choose the lucky companies that will receive subsidies. Potential recipients must have a turnover of at least 15-16 billion roubles, and a minimum of 4,000 employees. About 300 companies are expected to make the federal list. Regional task forces, which will also include local authorities and banks, will add another 1,200.

Finance Minister Alexei Kudrin said as much as $1.2 billion would be put aside to prop up the non-financial sector. When asked about the obvious parallel with bailouts in the United States, Kudrin said Russia would actually "go much further."

The intricate bailout scheme offered by the government differs from that devised for American motor companies. In Russia, support will take the form of long-term loans, interest rate subsidies, equity swaps and government contracts to ensure the recipients do not become dependant on constant financial injections. These would dry out the reserves pretty quickly, and do little to help preserve existing production capacities and serve the market when demand bounces back.

The economic crisis has caused production to fall, and putting it back on track makes sense from some perspectives. However, Vladimir Tikhomirov, Chief Economist at the Uralsib financial corporation, disagrees. He argues that negative expectations could even make industries run below the decreased demand, once the dust settles on the financial shortage. "The expectations could easily grow worse than the actual situation, and there could be a shortage if nothing is done," he said.

According to Rosstat, production declined by 10.8 percent in November and posted an 8.7 percent decline year on year. December's forecast is even worse, with an expected decline of around 19 percent.

Targeted industries will most likely include export-oriented fields such as metallurgy and oil and gas, among others. Vedomosti reported that agriculture is likely to get about ten to 15 percent of the anti-crisis pie, while aircraft manufacturer MIG has already received about $55 million worth of investment.

Companies in so-called `single-industry' cities will get the bulk of aid, for a reason extending beyond pure economics. Many Russian cities are based on a single industrial entity that provides the majority of employment. Even if they manage to stay afloat by opting for layoffs, the state could run into serious trouble. "This would cause major social unrest, which could quickly become a political matter," said Tikhomirov.

The iron and steel works in Magnitogorsk serves as a case in point. Responding to considerable cuts in demand, it decreased production by 42 percent in November and opted for massive layoffs, spurring social protests. The protesters were supported by workers' unions and communists, who also participated. This effectively means that the money will also help deter possible social and political threats. "If we go by what the government says, then yes, it is more socially-oriented," said Korochkin. "It would make as much sense to bolster demand by involving people in various off-work activities and pay them for it, so they'd have the money to buy from local manufacturers," he added.

Largely due to the structure of the economy, troubled Russian small businesses were also singled out. Virtually unchanged since Soviet times, the bigger entities are still running the show with small enterprises acting as subcontractors. By carrying out its new aid plans, the state hopes money will eventually trickle down to the other sectors as well. "The policy is aimed at large and medium-sized corporations, not small businesses," said Tikhomirov.

Support offered to the non-financial sector could help the government fight a possible recession. Last week, Deputy Finance Minister Andrei Klepach argued that recession had already arrived, shifting attention from the world financial crisis onto the decline in domestic production. If recession is properly defined as an annual decline in production posted in at least two quarters in a row, Russia will hardly suffer any harm. Production and manufacturing here takes a bigger share of GDP than in the United States, standing at 26-28 percent against about 12. Still, services accounting for the bulk of GDP are barely showing signs of a slowdown.

However, the very mention of a recession could cause more harm than the actual production falls and financial shortages. "This policy is also about fighting fear - it creates a situation where we get cash outflow. If banks see that the economy is still running and getting funded, they'll have more faith," said Tikhomirov.