The folly of protectionism 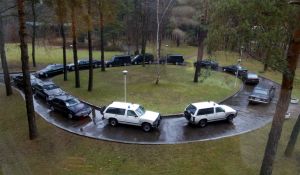 The announcement has already led to extra-long lines of used cars at the customs point in western Kaliningrad, as their owners are trying to get the vehicles into Russia ahead of time. It has also led to mass protests in the Far East, where 90 percent of cars come used from Japan. And it has led to debates - among politicians, economists and bloggers - on the merits and follies of this decision.

The government explains its most recent decision by its desire to protect the domestic automotive industry during the global economic crisis. It says that local producers have long been asking for protection from foreign competitors. And some people are ready to agree. I recently read a discussion on one blog, whose author believes that the decision is the correct one - and points to thousands of jobs (and families) that will be saved as a result of it. But people like this person are in the minority - and rightfully so. Even the speaker of the Federation Council, Sergei Mironov, a well-known government side-kick, cast his voice against the import tariff hike, by pointing out the obvious: "I want as many Russian citizens as possible to be able to buy an affordable quality car and I want this car to be domestically produced. But so far there has been no direct link between the level of tariffs and the level of Russian cars' competitiveness."

Russian automakers have always asked the government to protect them from "ruthless" foreign competitors, citing the importance of keeping jobs and protecting the automotive industry from collapsing. And the Russian government has always obliged, which is why the import tariffs on new foreign cars are 48 percent, and the tariffs on used cars had never been too permissive either. The result of this is the new breed of Russian cars, which have their following - for reasons that range from consumer patriotism to the cheap and easy-to-find spare parts. But "people who know" still prefer used foreign cars, because you don't need spare parts at all, for a few years at least.

There is nothing wrong with protectionism per se. Protectionism in times of crisis is also understandable. After all, who am I to complain, when I was the one to write that Russia doesn't need to join the World Trade Organization? But protectionism comes with several strings attached, and this is something that our government seems to be forgetting. First of all, it's stupid to protect non-competitive industries. Russian carmakers have been protected for 15 years - and that didn't lead to the birth of a Russian Toyota - so why would anyone think that the new wave of customs tariffs will? Secondly, if you are going to protect your economy and producers from foreign competitors, it's not enough to raise import tariffs - you have to give tax breaks and growth incentives to your domestic companies. You might even want to give incentives to the customers - buy domestic and get a tax break or something. And thirdly - you have to promote and reward progress. It's not enough to put prohibitive tariffs in place and wait for the industry to turn itself around. You have to say to the industry: "Here, you have 5-10 years to make it, but if nothing changes, we are letting the foreigners in." There are ways of protecting the industry and its employees other than telling the whole country: "We are in crisis, so buy domestic or fork out the money you don't have to be unpatriotic." There are automotive producers in Russia, whose products are competitive - invest and support their development and let everything else be governed by the market.

Miracles do happen and the Russian automotive industry may reinvent itself to come out as a strong and viable maker of inexpensive but quality cars. But that's not even a best-case scenario, that's a perfect-case scenario. In reality we are going to see the results of yet another protectionist folly - a dying industry that refuses to acknowledge its fate and lots of unhappy consumers.