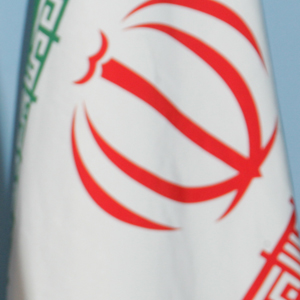 Russia faces new challenges in the XXI century as it is trying to regain the positions in global politics which it used to hold for centuries. Moscow managed to break out of the disastrous situation into which it had been driven by its geopolitical rivals, enemies, and their agents within Russia that mushroomed thanks to various foreign grants under Gorbachev and Eltsin. In the meantime the entire landscape of the international politics has changed. China has become one of the global leaders after two decades of 10% annual growth. Europe remains Russia's number one trade partner but has not dropped its outdated anti-Kremlin phobias which some of the EU novices from the former Eastern bloc are deliberately fueling.

Some of the decisions made by our European partners can only be explained by these phobias. What sense does it make to host infrastructures of the US missile defense in the interests of the American global primacy if, quite clearly, Europe faces no threat whatsoever from any Iranian or North Korean missiles? What is the point of the endless efforts to bar Russian energy companies from marketing hydrocarbon fuels to European customers? It has to be understood in European capitals that such steps make Russia respond adequately. This is what we are currently witnessing: recently Russian President D. Medvedev cancelled the plan to take the strategic missiles sited in Kozelsk off duty. If not for the anti-Russian escapades, the Iskander missiles would have never been deployed in Russia's Kaliningrad region. Perhaps under more favorable circumstances Russia would not be investing heavily in new oil and gas pipelines like East-Siberia - Pacific Ocean. Moscow is compelled to resort to the measures it is currently taking by those who cannot accept that - as many times in the past - Russia is reviving and staging a global political comeback.

The list of Russia's potential partners is by no means limited to the EU and the US. While Gazprom faces the attempts - disguised as a quest for the diversification of Europe's energy supplies - to prevent it from competing in the European market, Russia can turn to numerous alternative partners, with many of whom it has traditionally close ties. Iran is one of such partners.
***

Historically Persia has been among Russia's main trade partners, and the economic relations with it have been on the list of Kremlin's priorities for centuries. Russia and Persia exchanged diplomatic missions already in the XV century. In the late XIX - early XX centuries marked by the rise of capitalism in Russia, it implemented a whole range of economic projects in Iran. For example, Russians built the Anzali seaport at the Caspian Sea and the Tabriz-Jolfa railroad, the first one in Iran.

Later the above and many other infrastructures were handed over to Iran for free in the framework of the treaty signed by Iran and Russia on February 26, 1921. It should be noted that it was a truly generous gift - the cost of the property transferred to Iran totaled 582 mln golden rubles, plus Iran's debt to the Imperial Russia in the amount of 62 mln golden rubles was waived.

The USSR cooperated with Iran actively in the economic sphere. It helped that the two countries signed a treaty on guarantees and neutrality and a trade agreement in 1927. On March 25, 1940 they signed a trade and navigation treaty by which they extended maximally favorable regimes to each other. The latter treaty also set the principle of trade relations and ensured free transit across the partner territories to other countries. This part of the provisions of the 1940 treaty currently remains in effect, and this is a highly positive circumstance as other elements of the legal framework for the use of the Caspian Sea have been revised without sufficient grounds by Kazakhstan and Azerbaijan in the post-Soviet epoch.

The USSR constructed a number of major infrastructures in Iran in the 1960ies and 1970ies including the Isfahan steelworks, the machinery plant in Arak, and the Aras River hydro-power plant. These days we see the global media preoccupied with the struggle over the world's hydrocarbon resources, but it seems to be forgotten that in 1970 the USSR has helped Iran reach the international gas market when the trans-Iranian Gachsaran-Astara pipeline constructed with the assistance from Soviet specialists was launched. Iran exported natural gas via the pipeline to the Transcaucasia in return for machinery and equipment. The situation was not marred by talks of "the Grand Game". When the political interests of the US and Western Europe did not affect the process, Moscow had no problem organizing the economic cooperation with Tehran.

The USSR and Iran signed their first 5-year trade agreement in 1967. A brief chill in the bilateral relations began after the 1979 Islamic revolution in Iran. Iran stopped supplying natural gas to the USSR in 1980 though in the past decade the supplies reached 72 bn cu m. Nevertheless, already in 1985 the new Iranian leadership realized the benefits of the cooperation with the USSR and the process resumed on a long-term basis. A permanent bilateral commission was re-established. A new trade turnover agreement was signed in 1988 and the sales of gas from Iran resumed. However, at that time the USSR was plagued by the chaos organized by the Yakovlev-Gorbachev group and known as the Perestroika. The country neglected its infrastructures, and clashes instigated by nationalist forces began in Azerbaijan. As a result the gas pipeline linking Iran and the USSR was left in need of repair and could transit only some 3 bn cu m of natural gas annually.

Nevertheless, the cooperation between the USSR and Iran intensified in other spheres. The war between Iran and Iraq which began in 1980 and took at least 1,000,000 lives ended in 1988, and Iran needed to strengthen its defense capabilities. Naturally, the US, formerly the supplier of weapons to Shakh's regime, denied supplies to the new Iranian regime which openly referred to Washington as the "Grand Satan". Under the circumstances Iran had to turn to the USSR, China, and North Korea for weapons supplies. Weapons contracts were signed in 1991 and Iran started buying massive quantities of artillery, armored vehicles, and munitions. In 1991, the last year of the existence of the USSR, its trade turnover with Iran reached over $1,374 bn, the USSR having a considerable positive balance of trade with Iran. The USSR export to Iran was at the level of $1 bn, while its import was only $374 mln.

The demise of the USSR immediately told on the bilateral economic relations. The shift from clearing to dollar transactions and the economic collapse in Russia caused by the radical reforms made the trade volume shrink. Already in 1992 the trade turnover between Russia and Iran sank to $450 mln, though again Russia had a positive balance of trade ($401 mln vs. $48.6 mln). In just a year, a certain level of recovery was ensured - in 1993 the trade turnover rose to $1.091 bn (Russia's exports to Iran totaled $1.004 bn and imports from the country - $87 mln). The recovery, however, was largely owed to the supplies in the framework of old contracts and thus could not be sustained. In 1994 the trade turnover plummeted approximately by a factor of five.

A new avenue for cooperation between Russia and Iran emerged somewhat later. When Germany refused to complete the construction of the Bushehr Nuclear Power Plant, the job was taken over by Russia. In the late 1990ies, Russia's export to Iran totaled $3.378 bn. Most of it - 47.8% - was complex equipment. Weapons accounted for 31.1%, fuel and commodities - for 14.9%, and machinery - for 6.2%. Some major Russian companies survived only thanks to the Iranian market. For example, Russia sold to Iran subway train cars worth $90 mln, aircrafts worth $21 mln, and well-drilling equipment worth $12 mln. The supplies related to the construction in Bushehr over the period of time brought Russia $1.01 bn. Iran also bought from Russia $220 worth of fuel oil. The latter fact should not come as a surprise - being a major oil producer, Iran nevertheless has a fairly underdeveloped refining industry. Iranian refineries cannot supply the domestic demand and the country has to import fuel.

The structure of the Russian export to Iran is evolving. Black metals account for most of it (73.5% in 2007). Machinery and equipment now account for only 7%, timber - 4.3%, paper- 2.1%, fuel - 3%, and fertilizers - 2.4%. Russia mostly imports Iranian vegetables and produce as well as the products of their processing such as juices and preserves. They account for 2/3 of Russia's import from Iran. On the other hand, Russia also imports $90.7 mln worth of Iranian cars (25.9% of the import). Naturally, gas is no longer imported from Iran as the pipeline links the country to the now independent Azerbaijan. Gazprom is negotiating swap operations with Iran. Russia is to supply gas to the northern regions of the country where it is traditionally in short supply, whereas Gazprom is to get the same amount from Iran in its southern regions, tentatively in the form of liquefied gas to be supplied to India or South East Asia. Tehran is inviting Russia to join the project aimed at constructing pipelines to link it to Pakistan and India.

The North-South Transport Corridor project is gradually materializing. The corresponding deal was penned by Russia, Iran, and India in 2000. Later the project was also supported by Belarus, Ukraine, Kazakhstan, Oman, Tajikistan, Turkey, Armenia, and Azerbaijan. All of these countries will benefit from the intensification of shipments via the Corridor using which is going to both expedite deliveries and reduce transit costs. For example, transit industry representatives say that the delivery of a 40-feet container from Mumbai (India) to St. Petersburg via the Suez Canal currently takes 30 days, while the North-South route will help reduce the time by a factor of 2 and the costs - by 20%. The estimates do ignore a significant circumstance - eventually containers have to be returned to the supplier sites. Preferably, they must be loaded with products on the way back, but the flow of cargo from Russia to India is not particularly intense.

Russia and Iran even organized a jointly operated transit route across the Caspian Sea. The new Olya seaport was constructed in the framework of the project as its location is more convenient than that of the traditionally used port in Astrakhan. A railroad is also linked to the Olya port, and the cargo flow via it is increasing rapidly: in 2003 its throughput was 57,800 tons, but in 2007 it reached 661,500 tons. The capacity of the seaport is actually much higher and by 2010 its throughput is expected to pass the 4,000,000 tons mark. Recently Russia, Iran, and Azerbaijan agreed to construct a railroad to link the three countries (Qazvin-Rasht-Astara in Iran-Astara in Azerbaijan) which is to be integrated into the North-South Corridor.

Obviously, so far the Corridor is operating below the target capacity. Up to 90% of the cargo it transits consists of the Russian black metals exported to Iran. The project failed to attract cargo flows from the EU. In 2005 the EU passed a document defining the European transit strategy which does not even mention the North-South Corridor. One of the reasons is the underperformance of the Russian transit industry. Its services do not meet the demands of cargo suppliers. Cargo remains stored at intermediate locations too long and the transit infrastructures including the Caspian seaports are in many cases below the XXI century standards. There are uncertainties in customs regulations along the route. All of the above impedes the intensification of transit, though, no doubt, the problems are solvable.

The more pressure Russia's Western geopolitical rivals and enemies exert on the country, the more efforts it will be making to reconfigure its trade with the West and the East (the Third World comprising Asia, Africa, and Latin America). The Iranian vector in Russia's international economic activity is an important element of the process.