What will new year bring to Europe? 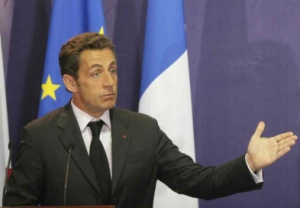 On January 1 next year, super active French President Nicolas Sarkozy will hand over the presidency of the European Council (the European Union's highest body) to his skeptical Czech counterpart Vaclav Klaus who will be on European duty until July 1 of the next year.

Klaus does not conceal his dislike for many aspects of EU policy.

Europe was lucky to have been chaired by Le Sarko in the last six months. Considering the events of the last half a year, nobody can say what might have happened with Europe if it were not for his incredible vigor. Credit goes to him for the success, albeit relative, of the numerous European and global meetings to overcome the economic and financial turmoil.

Sarkozy taught Europe to openly contradict the United Stated. Thanks to Sarkozy, the EU signed a package on climate change to reduce harmful greenhouse emissions. It would have been hardly possible to reduce tensions during the Caucasian conflict and restore the EU's dialogue with Russia so quickly if it were not for Sarkozy's enthusiasm.

He also persuaded Ireland to revote on the Lisbon Treaty referendum which it torpedoed last summer.

Not without losses, but Europe has finally reached the end of this year and now stands on the threshold of 2009 which is likely to bring more unpleasant surprises.

Analysts unanimously predict that the crisis in Europe will become worse. Everyone is in for more trouble. The European capitals are alarmed over the riots and protests in Greece. Staged by left-wing forces, anarchists, and radicals, they spread over the entire country at the end of the year. Looking at the homeland of democracy, in late December Sarkozy suddenly suspended the education reform which he promised during his election campaign. As with most reforms, it provided for a cut in budget spending, and was fraught with student discontent. Protests by students and professors was the last thing Sarkozy wanted by the New Year, bound to be followed by the riots of immigrants whom he has started pressing.

All these events are lying ahead, and are likely to take place when the crisis gets worse, and Klaus assumes EU presidency under the official slogan "Europe without barriers." It is already irritating all old EU members because it will put an end to all restrictions on the labor market for the young EU members. The former do not want an army of guest workers from the poverty-stricken Eastern states in addition to the crisis. France's slogan was "Together for a safer Europe," which meant protection of the EU social and economic model from uncontrolled globalization. Before the crisis, nobody saw any contradiction between these two slogans.

Riots by the Greek anarchists signal the beginning of Europe's turn to the left, which seems to be inevitable. When such convinced advocates of the market economy, right-wing conservatives as Nicolas Sarkozy, Angela Merkel, and Silvio Berlusconi start talking about state regulation and interference, nationalization of banks, and protection of national industries, one is bound to recall Marxist theories rather than liberal socialism. All these measures have nothing to do with the market economy.