"Gas OPEC" will not fiddle with prices 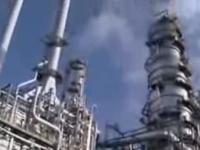 Speaking at the opening of the Gas Exporting Countries Forum (GECF), Prime Minister Vladimir Putin said: "The era of cheap gas is coming to an end." However, his forecast is not likely to come true in the near future.

Now that the GECF has adopted a charter, it has become an official institution, but the charter does not provide for regulating gas production volumes like OPEC does with oil, and therefore the GECF will not be able to modulate prices like OPEC.

Organized in 2001, the 16-member GECF existed as a discussion club until yesterday. Its members were not restricted by written commitments, and met merely to discuss the urgent problems of the gas industry. Talk of establishing a cartel to modulate global gas prices was common for some time, but while these prices were steadily climbing, gas exporters preferred not to adopt formal commitments. They limited themselves to non-committal consultations once a year. The economic crisis has now compelled them to agree on common actions.

A sensational report came from Tehran in late October. Thee countries - Russia, Iran, and Qatar, which account for more than 60% of the world's natural gas reserves, ostensibly agreed to create a gas OPEC. It transpired that they were merely toying with the idea of the Big Three, and that the GECF charter was expected to be signed in Moscow in November.

Now the charter has been signed but its text has yet to be published. Energy Minister Sergei Shmatko said that the charter does not say a word about regulating gas production. It deals with rules for supplying gas consumers, cooperative work on liquefied natural gas (LNG), introduction of new technologies in the gas industry, and exchange of information on investment projects.

Formation of the Big Three was not removed from the agenda, although it hardly seems likely today because of strong contradictions between the three countries. Iran, for example, wants the cartel to be modeled after OPEC that regulates production to push up prices. This is a very difficult task because, as distinct from oil, there is no global gas market. Also, Tehran's position runs counter to Moscow's.

Russia would like the would-be cartel to engage in joint projects to build gas pipelines. This is only natural since Gazprom has contracts to supply gas to Europe for the next 30 years. Russia is looking for ways to transport Central Asian gas to Europe via Russia instead of the Caspian Sea bottom or via Iran.

The third potential member of the gas OPEC, Qatar, has its own gas projects, all of which focus on supplying Europe with LNG. If it limits these exports to raise prices, it will be quickly replaced as a supplier by rivals.

Gas must be free from politics - Putin