U.S. policy in the Middle East before, during and after Bush 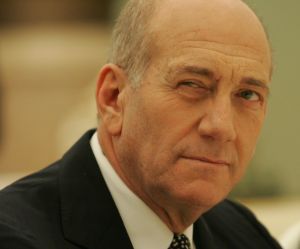 About 210 targets associated with Hamas have been hit since Saturday, while Hamas militants have launched more than 110 rockets into Israel. The UN has called for the hostilities to stop, but Olmert said at Sunday's Cabinet meeting the operation "is liable to continue for some time."

Israeli Defense Minister Ehud Barak has said the attacks would continue until Hamas militants were ready to "change their behavior."

This is happening less than a month before George W. Bush leaves the White House. A year ago, he pledged to ensure that Israel and Palestinians sign a peace treaty and agree to set up an independent Palestinian state before he leaves.

But peace in the Middle East has no chance because of Palestinian-Israeli differences and internal squabble among Palestinians and in Israel, which neither Bush nor anyone else can stop. On the other hand, Bush had disregarded the Middle Eastern problem for too long to succeed now.

What are the results of Bush's Mideast policy? The shoe thrown at him by a correspondent for Al Baghdadia, an independent Iraqi television station? Or was it a much too shallow, even if striking, assessment of the U.S. president's achievements and failures in the Middle East?

U.S. State Secretary Condoleezza Rice said in an interview with AFP: "Do you really think in 10 years anybody will remember this incident? What matters is the U.S. liberated the people of Iraq from Saddam Hussein (...) and that he has been replaced with an Iraq that will not attack its neighbors and will not seek weapons of mass destruction, and will be the first multiethnic multi-confessional democracy in the center of the Arab world."

Indeed, it would now be premature to assess Bush's policy in the Middle East.

No one knows the ultimate results of the toppling of Hussein and Washington's attempts to bring democracy to the Arab world, but there are more skeptics than optimists, such as Bush and Rice, who think their sacrifices will eventually "change the face of the Middle East."

Only time will show who of them were right. Now, what does the region expect from the new U.S. president?

It hopes Barack Obama will not start a new war, especially in the Middle East (a reference to Iran), and will put an end to the doctrine of preemptive military actions. The regional countries expect Obama to actively contribute to the Middle East settlement, notably support the Syrian-Israeli track and cooperate with the regional forces on the issue of Iraq.

As for beliefs, the Arab world is wary of the new White House chief. Arabs have no personal concerns over Barack Obama, but think the U.S. has been providing excessive support to Israel and mistrust Washington.

Israel is also worried, but in a different way. On a more practical plane, it wants to know what President Obama will do first, what he will do regarding the states that threaten Israel's security, and who he will choose for his Mideast team.

We will know the answer to these concerns very soon.