The current crisis was predicted 30 years ago 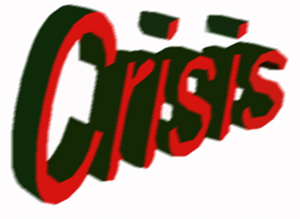 In the 1960s, Western countries concluded that oil-stained beaches, smoggy megalopolises, and heavy pollution of major European rivers were too high a price for the benefits of mass production. In 1968, a group of industrialists, politicians, and scientists set up the Club of Rome in the Italian capital. They had enough money to conduct a series of studies with the participation of prominent scientists, and the use of tested methods.

The Club's first report, which had the tell-tale title "Limits to Growth," caused a shock. It was compiled by a group of scientists headed by Dennis L. Medows, who decided to create a cybernetic model of global development. Having focused on five global processes: fast industrialization, population growth, increasing shortage of food, depletion of non-renewable resources, and degradation of the environment, they modeled the future on a computer.

The emotionless machine produced an answer that sounded like a verdict: the human race is in for a disaster. Considering that the population was growing at a rate of over two percent annually at that time, while industry was growing at up to five to seven percent, modern civilization was bound to reach the limits of growth in the first decades of the 21st century. Mineral resources will have been depleted; environmental pollution will have become irreversible; a sudden uncontrolled drop in the population and decline in production will have become inevitable. Millions of people will have died as a result of man-made catastrophes, spontaneous economically motivated social conflicts and unknown pandemics.

To prevent the cataclysm, the authors of the report offered a concept they called "zero growth," under which new purchases should only replace used up items. For example, a new car should be purchased only when the old one has stopped running; there should be universal birth control - no more than two children per family, and they suggested restricting consumption.

The report was a bombshell. It called into doubt the foundations of the Western economies. The zero growth concept contradicted the very logic of industrialized society which rested on the principle of supply-and-demand. The concept did not offer a future for the poor people of the non-capitalist world: a resident of a Soviet communal apartment was bound to live in it until he died, while a Chinese peasant was doomed to heat his hut with manure and dead-wood.

Does the truth begin as heresy?

Needless to say, the report was subjected to severe criticism, primarily because its authors did not offer any solutions. They admitted that their model was far from ideal, but the conclusions of their opponents were no less fallacious. Optimistic scenarios were not limited to only good wishes. The concept of a post-industrial society, for one thing, promised a miraculous salvation. It was very similar to the bright future predicted by communist ideologists.

Unprecedented technical breakthrough was the sine qua non both for building communism in the U.S.S.R. and for post-industrialized society in the West. It was supposed to produce technology which would resolve a number of environmental and socio-economic problems (for instance, let machines do arduous, dirty work).

As a result, the elites of the industrially advanced countries preferred to live with a due account of restrictions, and grow until they reach the natural limits in the hope of a technological leap which would allow them to go beyond the limits.

The talk of the looming global crisis quickly ground to a halt in the latter half of the 1980s. Optimists were bragging about the resolution of global problems, and many analysts were confident that the bright post-industrial future had already arrived.

They seemed to be right but only at first glance. The majority of the European and U.S. middle class were white collar workers, involved in finances, marketing, and research. But in reality, driven by the market's logic, the leaders of the industrialized countries simply followed the path of least resistance. They switched the dirtiest and most labor-consuming industries to the developing countries, and let guest workers from the same countries take the worst jobs at home because they were cheaper than machines.

However, practice has shown that even a very advanced country cannot resolve global problems alone. Indeed, the once lifeless Czech Vltava or the German Rhine now abound with dozens of fish species, but the environmental crisis which the West has overcome is now looming elsewhere. It became clear that it would go beyond the limits of assembly lines several years ago when the Amur River was covered by a huge benzol spill. Resource restrictions are even more obvious - regardless of where a plant or factory oriented to the world market is located, a certain amount of resources is required to produce a commodity.

Finally, to control the production scattered all over the world, a sophisticated financial system had to be construed. With time, it started taking on a life of its own, produced by a fictitious economy with the profits of financial institutions depending not on real production but on intricate financial transactions.

This resulted in a big number of disproportions in the world economy. Investment in the financial market surpassed corporate capital, while the funds accumulated in the financial bubble exceeded the money in the real economy by many times.

As a result, an attempt to mothball the problem ended in failure. Having reached the limits of growth, the financial system collapsed and triggered the current economic turmoil.