A new Russia upon a hill 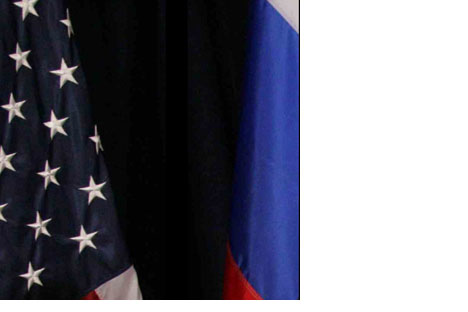 The United States, which is at the epicenter of the global financial tsunami, will suffer the most damage in 2009. In a worst-case scenario that has a roughly 50 percent chance of coming true, the dollar and the entire U.S. economy will crash by November.

As a result, the country's dire political and economic problems could lead to fierce competition between the states in which wealthier states will withhold funds from the federal government and threaten secession and civil war. This in turn could lead to disintegration of the country into six parts by the summer of 2010 as the leading foreign powers take their pieces of the fallen giant. Under this scenario, California and six western states would fall under Chinese influence; Alaska would go to Russia; Hawaii would go to Japan or China; 15 states in the Midwest and Great Plains would be under Canadian influence; Texas and eight other southern states would be under Mexican influence; and the eastern seaboard states might join the European Union.

Russia must take advantage of the U.S. crisis by expanding its influence and power both domestically and globally in the following areas:

Russia needs regions that can produce breakthrough technological innovations, and Primorye is a leading candidate to fulfill this role. While preserving its military and political importance, Primorye should become a powerful financial and economic outpost in the Asia-Pacific region in the 21st century. By 2012, it can and should become one of the main centers of international business activity, a hub for investment and innovation.

The political future of Russia's leaders, as well as its ability to become a leader in innovation, will largely depend on whether Primorye's political elite can — with Kremlin support — adapt to the reality of world politics.

This primarily means supporting the concept of a fifth "I" — intellect — in addition to President Dmitry Medvedev's four I's of institutions, infrastructure, investment and innovation. This would entail developing a partnership between government and the private sector that will ensure Russia's position as a world leader.

A U.S. collapse would lead to a political and military vacuum among former U.S. allies in Eastern Europe, the Caucasus and Central Asia. Russia should declare its intention to return to the foreign policies of Catherine the Great.

Russia should start by building a strategic partnership with Turkey, which supported Russia in its war with Georgia in August. Russia should take over all of the former U.S. military bases on Turkish territory. In addition, Russia should take full advantage of the U.S. withdrawal from Iraq and Afghanistan by deploying forces from the Shanghai Cooperation Organization to provide peace and stability.

Russia should try to become the main arbiter in the dispute between India and Pakistan. It would also make sense to include Iran and China in the settlement process.

South America and the Caribbean

Moscow should focus on strengthening its ties and influence in Brazil, Venezuela and Cuba. Russia should direct colossal economic and military resources to those three countries.

The year 2010 should see the re-establishment of Russia's radar station at Lourdes in Cuba that Moscow abandoned in 2001 with 750 technicians and 2,000 troops. At a December meeting of leaders from 33 South American states — which was held without the participation of the United States for the first time — Mexican President Felipe Calderon proposed creating an organization called the Union of South American and Caribbean Basin States that would facilitate political and economic change on the continent. If such an organization is established, Russia should strive to become a strategic economic and informational-ideological partner.

By expanding its influence in the above areas, Russia can integrate Eurasia and strengthen its political, economic and military influence in the world. The U.S. decline offers Russia a golden opportunity to replace the United States as the world's leading superpower.

Igor Panarin, former analyst with the KGB, is dean of the international relations department at the Foreign Ministry's Diplomatic Academy.