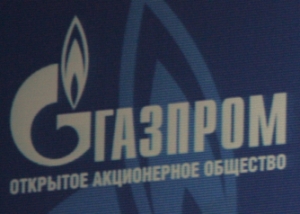 According to Russia's energy giant, this contradicts all the agreements reached by both the two countries and the EU.

Gazprom Deputy CEO Aleksandr Medvedev said that under these conditions there is no physical ability for the company to transport gas to Europe via Ukraine, and the responsibility for that is `totally with the Ukrainian side'.

He added that the European Commission representatives have defined the situation as force majeure. "The Ukrainian side has cynically informed us that their gas transporting system has been redirected to inner consuming. In this case any gas pumped into their system will not reach European customers," Aleksandr Medvedev said.

A representative of the international monitoring commission said the pressure in the pipelines has risen up to 75 atmospheres, but at the entrance to the Ukrainian pipelines it is 0 atmospheres, which means pipes from their side are closed.

At 10 AM Moscow time (8 AM CET) Gazprom gave the order to resume gas transit through the Sudzha station in Russia's Kursk region which borders Ukraine. Gas totaling 76.6 million cubic metres a day will flow through Ukraine's territory to supply the Balkan states, Turkey and Moldova with fuel.

The gas transit is supposed to be first performed as a test, and as soon as international monitors confirm no gas is being stolen by Ukraine the supplies will be fully restored.

It was made possible by the newly signed three-way gas transit deal between Russia, Ukraine and the EU which came into force on Tuesday.

According to Russia's envoy to the EU, Vladimir Chizhov, the European Commission was the last of the three parties to sign it on Monday after Russia and Ukraine.

One of the unresolved issues at the moment is the 'process gas' question.

Earlier, Moscow put the agreement on hold after Kiev signed the paper with a note "with declaration attached". The sticking point was the additional document that Ukraine had added to the agreement. Russia said the additions contradicted the original text of the agreement and included obvious lies. One of the points said Ukraine had paid all the debts to Gazprom in full, while the other stated Ukraine had not stolen gas earmarked for Europe.

Eventually Ukraine had to withdraw this additional document and sign the deal without it. Later, Ukrainian President Viktor Yushchenko ordered the government to guarantee Russian gas transits to Europe.

His government will be aided in this by international monitors, whose presence is the main condition of the new transit deal. They have already arrived at the assigned points to control the transit of Russian gas through Ukraine.

Ukrainian President Viktor Yushchenko made a statement on Tuesday denying that Kiev had stolen Russian gas or was blocking its transit to Europe, despite the recent failure by Russia to make a test delivery through Ukraine.

"Ukraine has been and will be a reliable transit country, and it has not taken a single step to block Russian gas deliveries to the European Union," Yushchenko said.

Meanwhile, Ukraine's Party of Regions is demanding the start of impeachment procedures of Ukraine's President Yushchenko and that Yulia Timoshenko's Cabinet resigns immediately.

The leader of the Party of Regions Viktor Yanukovich will propose the motion at the Ukraine parliament's plenary session on Thursday.