The pipe is blocked in Kiev 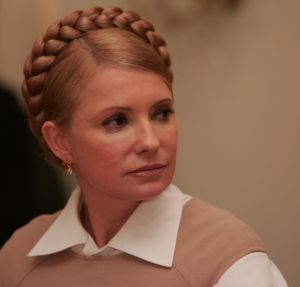 One cause of the acrimonious gas dispute that has engulfed Russia, Ukraine and Europe lies in the byzantine intrigues of Ukrainian domestic politics. Vladimir Frolov tries to untangle the web of conflicting interests in Kiev, and asks what, if anything, can be done to sort it all out - or at least to get the gas flowing again.

The year 2009 started once again with Russia and Ukraine in a messy dispute over payments for Russian gas which mushroomed to disrupt supplies to Europe as Ukraine began siphoning off transit gas deliveries.

This has become such a regular occurrence of varying intensity and drama, erupting every Holiday Season since 2006, that Gazprom and Kremlin officials stopped planning vacations for this time of year as it has become the period of most intense crisis management.

On New Year's Eve, Russia and Ukraine failed to reach an agreement on prices for gas deliveries to Ukraine. Gazprom stood to lose about $12 billion in 2009 for selling gas to Ukraine at the current subsidized price of $179 per thousand cubic meters and in these times of financial squeeze it simply wanted a better deal. Kiev refused to budge.

Gazprom had to cut the volume of gas pumped into the export pipeline system, while continuing to deliver gas for European customers. Kiev immediately started siphoning off the European gas for its own needs, while a local (!) court in Ukraine ordered a complete halt to gas transit.

On January 7, Gazprom stopped all deliveries to prevent the theft. More than a dozen EU countries were left standing in the cold, literally.

Russian Prime Minister Vladimir Putin, in a specially convened meeting with European journalists, blamed the crisis on a "political collapse" in Ukraine. He also accused Ukrainian leaders of delaying an agreement in an attempt to keep an intermediary company in place to divert funds for themselves and their political campaigns. The same charge was repeated by President Dmitry Medvedev the next day (Medvedev also said that last year Naftogaz of Ukraine was selling the Russian gas, imported at a subsidized price of $179/tcm, to domestic Ukrainian customers at over $320/tcm, creating a cash windfall for Ukrainian officials).

It is now clear that Ukrainian politics had a lot to do with this latest gas stand-off. In fact, it is what precipitated the crisis, which did not look that inevitable in the fall of 2008. For a while it even seemed that the start of 2009 would do without the regular gas stand-off.

On October 2008, Ukraine's Prime Minister Yulia Timoshenko had a nice fire-side chat with Putin at his dacha near Moscow. During the conversation the two reached a strategic deal that envisioned a comfortable gas price for Ukraine for 2009 and beyond (we now can surmise that the offer was around a reasonable $250 per cubic meter) in exchange for Gazprom's acquisition of a 50% stake in the Ukrainian gas transportation system (along the lines of a similar agreement with Belarus) and Gazprom's right to directly supply gas to (and collect payments from) Ukrainian customers.

Timoshenko, for her part sought to cut out the middleman - Rosukrenergo (RUE), an international trading company registered in the Swiss canton of Zug, half-owned directly by Gazprom and half owned by a group of shadowy Ukrainian businessmen led by Dmitro Firtash. Timoshenko got Moscow to agree that all future gas contracts will be signed directly between Gazprom and Naftogaz (controlled by Timoshenko's allies), thus eliminating Rosukrenergo and costing Firtash billions of dollars.

Firtash, however, is a major sponsor of the Party of Regions, led by Viktor Yanukovich. Ukrainian media reports also have alleged that Firtash has been providing black cash payments to President Viktor Yushchenko's political campaigns and allegedly has Yushchenko's Secretariat on his payroll. There have also been rumors in Kiev that some of Yushchenko's closest relatives might have been beneficiaries in RUE.

Firtash is a direct opponent and business rival of Yulia Timoshenko and her team as he and his allies in Yushchenko's closest circle stand to lose their lucrative business. Firtash is rumored to have helped scuttle the deal between Timoshenko and Yanukovich in December 2008 to form a constitutional majority coalition in the Rada that would have adopted the constitutional reform to abolish the popular vote for the President and make him elected by Parliament. Such a scenario would have been a complete disaster for Yushchenko and his cronies.

President Yushchenko and his situational ally Viktor Yanukovich hated to see Prime Minister Yulia Timoshenko reach a gas deal with Moscow at a reasonably good price of $250. This would have strengthened Timoshenko politically and would make her bid for the Presidency in 2010 a lot easier. Neither Yushchenko nor Yanukovich wanted that to happen, so they rushed to block Timoshenko's efforts to repay Ukrainian debts to Gazprom for 2008 (valued at over $2 billion) and thus scuttled the deal.

Timoshenko accused Yushchenko and Firtash of a conspiracy to prevent the repayment of the Russian gas debt by working to artificially push down the exchange rate for the national currency - the hrivna - to make debt payments untenable for Timoshenko's government.

Now Timoshenko looks like someone who has failed to secure crucial gas supplies for the country, and all heating problems in a harsh winter could be blamed on her. She is also exposed as an unreliable international partner both for Moscow - which is angry at her inability to deliver on agreements reached at the highest levels - and Europe, which rightly blames the executive authority in Ukraine (Timoshenko's government and her allies in Naftogaz) for supply disruptions.

The Russian leaders, angry at Yushchenko's anti-Russian policies, particularly his unquestioned support for Georgia's president Saakashvili during the war in August, are obviously in no hurry to give Yushchenko another year of subsidized gas supplies from Russia. But the more the crisis drags on the more Yushchenko wins.

He has deliberately escalated the crisis, personally blocking Naftogaz Chairman Oleg Dubina, a pro-Russian Ukrainian official, from signing the contract with Gazprom.

Yushchenko's gamble is simple - the only way he can prolong his political life is by whipping up the anti-Russian hysteria and by discrediting Timoshenko as an effective manager for the country. The objective is to make Timoshenko's independent run for the presidency impossible, while ensuring Yushchenko a repeat of his 2004 face-off with Yanukovich. Although Yushchenko's current approval ratings hover at 5%, while Yanukovich is a clear leader in a presidential race with 18%, it is not impossible to imagine Yushchenko's victory in 2010 if only Yulia Timoshenko did not run.

Russia and Europe are hostages to Ukraine's byzantine politics. The only way to prevent this mess from happening all over again each year is for an international consortium to acquire control over the Ukrainian transit pipelines. Placing EU monitors in Ukraine to control the integrity of supplies to Europe might be the first step in this direction.