Gas as a political weapon 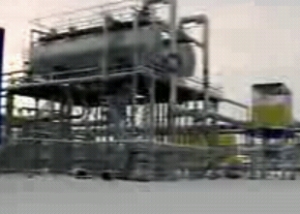 To begin with, there is turmoil in Ukraine where parliament is demanding the president's impeachment and cabinet resignation.

While the second option is unlikely, the first is quite possible, and here Viktor Yanukovich, the Ukrainian Communists and the Yulia Tymoshenko bloc see eye to eye. But even if the impeachment idea fails to get through, the gas scandal is putting an end, finally and utterly, to Yushchenko's political career. No one knows what poison was administered to the Ukrainian president before, but now he has had a hefty dose of a really lethal gas.

Russia, too, is suffering politically after sustaining economic damage. It is only looking from Moscow and only at first sight that it seems that Russian energy giant Gazprom and the Russian government are winning European sympathies. Actually, freezing European consumers find both Russia and Ukraine unlikeable suppliers. Their irritation is understandable: the European housewife wants to have gas in her kitchen and does not care who is to blame, Moscow or Kiev. As for European politicians, they, too, put the blame on Russia even if they understand the situation better. They are inclined to shut their eyes to many tricks performed by Yushchenko, because Ukraine, not Moscow, is their potential partner in the European Union and NATO.

Finally, it would be a matter of big politics and a devastating headache for Russia if Ukraine refuses to transport Russian gas to Europe for good. Not for a week or two, but forever. True, Ukraine needs Russian gas, but if the anti-Russian policy prevails, our neighbor may well risk that step. Its own gas and coal, plus fuel oil bought in Europe, could help Ukraine get through these troubles. Such a tightening of the energy belt would, of course, slow down Ukraine's economic development, but anti-Russian feelings have driven quite a few countries to such lengths in the past. Ukrainian nationalists seem to be unafraid of shooting themselves in the foot.

Given such a prospect, both Ukraine and Russia would be losers, especially Russia which at a time of the worst global crisis would lose the European gas market, a dependable source of currency earnings for the country. The Nord Stream pipeline will go into operation at best in the fall of 2011, but by that time (if Ukrainian transit to Europe is blocked all the while) our European consumers would have opted for other energy sources and other suppliers.

Of course, Europe would be the third suffering party. To give up Russian gas all of a sudden is a great loss for the European economy and a disaster for some countries.

Who is winning in this squabble is perhaps made clear by a document signed by Ukraine and the United States and just published in Izvestia. In December, Ukraine's Foreign Minister Volodymyr Ohryzko and U.S. Secretary of State Condoleezza Rice signed a Charter of Strategic Partnership. It says that Washington will now help upgrade Ukraine's badly worn-out gas pipelines. Of course, it is for Kiev to decide who will be repairing its gas system. But it is clear that charters are not signed for repairs alone. Such texts are usually only the tip of an iceberg. The most important issues are discussed without protocol.

This suggests a very likely scenario, one described by Gazprom's deputy CEO Alexander Medvedev. He says there is the impression that "all this jazz in Ukraine is orchestrated from another country." There seems to be a simple explanation for Ukraine's apparent illogical and irrational behavior: Kiev is implementing plans agreed on with the Bush administration.

The logic of this game plan may have many aspects. It is not only a way of tying Ukraine to the U.S. more tightly, but also a policy of holding Russia back. Also, it might be an anti-European move. Too many things in EU policy appear to irritate the U.S. - a competitive European economy unacceptable to the Bush administration, a French president showing activity during the events in the Caucasus last year, a call by some European leaders to the U.S. to heed the Russian president's proposals to reform the European security system, etc.

Whether or not the Obama administration will join these anti-Russian and anti-European games is anybody's guess. Some indirect signs show that it will not.

But, whatever is said or done, it is clear that gas banned as a weapon has found a new niche - in politics. With the global crisis in full swing, using it is particularly risky and unwise. However, the departing American administration has never shown much wisdom.