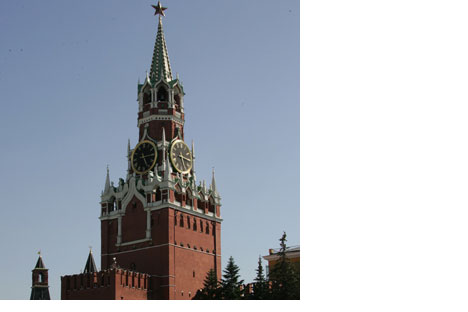 Its scope, mapped out by Russian President Dmitry Medvedev, has to cover the vast span including all states from the EU, OSCE, NATO, as well as the USA and Canada. The move will almost surely allay more fears from Washington that Moscow is building a new trans-Atlantic organization where the United States would be assigned to play only marginalized functions.

Clinton put forth the foreign policy goals of the administration of Barack Obama, who is to be inaugurated as the 44th U.S. President on January 20, at the Senate Foreign Relations Committee confirmation hearing this week.

The "lady in a pantsuit" said the President-Elect and she "believe that foreign policy must be based on a marriage of principles and pragmatism, not rigid ideology, on facts and evidence, not emotion or prejudice."

This sounds great, and, judging by the U.S. media, the American public hopes the U.S. is coming back, meaning that it will be able to overcome the negative consequences of Bush's presidency.

Relations with the U.S. remain one of the main foreign policy priorities for Russia, which has had a new president since last year.

Cooperation entails mutual advantage and a balance of interests. The new U.S. administration is definitely aware of this. If its foreign policy is indeed based on principles and pragmatism, it should logically opt for full-scale relations with Russia.

Russia has been heartened by Washington's intention to develop dialogue with it pragmatically, on the basis of respect for each other's interests. The Russian Foreign Ministry thinks this intention should be supported, and that contacts with the new U.S. administration should be developed as soon as possible.

Clinton said they would "work with Russia to secure their agreement to extend essential monitoring and verification provisions of the START Treaty before it expires in December 2009, and we will work toward agreements for further reductions in nuclear weapons."

Analysts think the new U.S. administration will try to avoid tensions in bilateral relations in view of the domestic problems it has inherited from the Bush presidency (the Iraq and Afghanistan wars) and recent international problems, such as the Palestinian-Israeli fighting over Gaza and the Horn of Africa piracy.

Russian diplomats say relations with the U.S. should be developed on the principles sealed in the U.S.-Russia Strategic Framework Declaration signed in Sochi on April 6, 2008. According to it, "the foundation for the U.S. and Russian relationship should be based on the core principles of friendship, cooperation, openness, and predictability."

Russia is ready to work energetically towards this goal, Russian diplomats say, adding that dialogue with the U.S. should be "based on respect, and be honest and open."

Russia has voiced several fundamental ideas on key international issues, including a new vision of trans-Atlantic security and ways to improve the global financial system.

Moscow had put forth its proposals on military-strategic and economic issues of U.S.-Russian relations and is prepared to move ahead, hoping for reciprocal moves from the new U.S. administration.