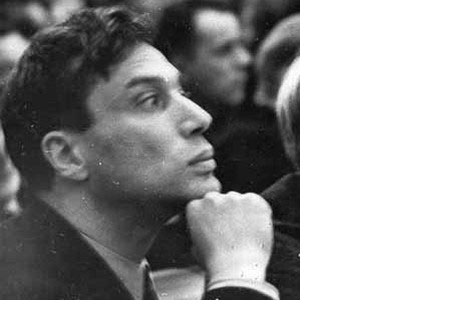 Under the rules of the Swedish Academy, the Nobel Prizes archives may be opened 50 years after the awarding takes place. Thus, the documents of October 1958 may be declassified in January of this year. This is a notable date for Russian culture. That year, the Academy awarded a Nobel Prize in literature to Soviet poet Boris Pasternak.
Now that the archives have been declassified, the circumstances of the loudest scandal in the history of Nobel Prizes will be finally scrutinized.

The story of the Pasternak award was crowned with quite a sensation. It transpired that the CIA made a contribution to the award. It was the CIA that printed the first Russian version of "Doctor Zhivago" without which Pasternak's nomination would not have been discussed because the Nobel Committee only reviews fiction in the original.

Needless to say, Pasternak himself had nothing to do with intelligence. His genius was simply used as a powerful weapon in the Cold War between the West and the East. Until recently, this detective story has been couched in a thick veil of secrecy. It was solely owing to the persistence of philologist Ivan Tolstoy (from the famous Tolstoy family) that the secret was revealed and made public. It took him 20 years to resolve the enigma.

Boris Pasternak started writing his legendary novel soon after the end of WWII, in 1946. It took him ten years. Upon completing it in January 1956, Pasternak started to wonder what to do next. The novel that was eventually called "Doctor Zhivago" (the initial title was "The Burning Candle") ran counter to the principles of Soviet literature. Should he just shelve it until better times? But when will these better times come, if at all? Also, he was no longer young.

Pasternak decided to try to get it published. He took the novel to the editorial office of the popular literary journal Novy Mir. At the same time he gave a huge folder with its typed version to the young Italian journalist Sergio D'Angelo. A Moscow radio broadcaster, the Italian was looking for new Soviet novels for Giangiacomo Feltrinelli, a Milan-based ambitious young Italian publisher with communist views. Having found out about the new novel, the Italian journalist rushed to Peredelkino, outside Moscow, where the writer lived, and Pasternak handed it to him without any hesitation.

Having learned about this, Pasternak's wife Zinaida almost burst into tears. She had no illusions about the consequences - arrest, a labor camp, separation. The poet was trying to put a good face on the matter, and reassured his family but felt that the clouds were gathering over him. Nonetheless, he decided to go to the end and gave two more typed copies to another two foreign visitors - British essayist and philosopher Isaiah Berlin, and French specialist in Slavic Studies Helene Peltier.

At this point, secrecy cast its first shadow on the story. The CIA found out about Pasternak's novel. Its Russian section understood full well what political benefits could stem from the publication of a novel which was bound to be banned at home. It only remained to get the text. Here comes the most mysterious episode of the story. The aircraft carrying a passenger with a copy of the novel was ordered to land in the airport of Malta in the Mediterranean. The pilot apologized for the stopover. The annoyed passengers went to the airport's departure lounge, while CIA agents found the right suitcase, took out the text, and photographed it page by page. They put the text back into the suitcase, and two hours later the aircraft was airborne again. The passengers arrived at their destination. The owner of the suitcase was in blissful ignorance of what had happened with it.

Approximately at the same time the KGB found out that Pasternak's novel had been taken abroad. The events began snowballing into an avalanche. The Novy Mir journal rejected the novel, and reprimanded the poet for the inadmissible text; the KGB and the Soviet Communist Party Central Committee exerted pressure on the publisher from Milan through the Italian Communist Party, but Feltrinelli published the novel and demonstratively quit the party.

On November 23, 1957, the novel went out of print in Italian and exceeded all expectations. Its first edition of 12,000 copies was sold out in a matter of days. More copies were printed every two weeks but a boom did not subside. It became world famous, and was translated into English, German, and French. In the spring of 1958, Albert Camus nominated Pasternak for a Nobel Prize.

However, under the Nobel Committee's rules, the novel had to be in the original. Here the CIA-copied version came in handy. Every hour counted in what was a now-or-never situation. Through proxy funds, the CIA gave money to urgently publish the novel in Russian. To cover up the traces of stealing, the CIA made galleys from the photocopies and printed the Russian version in the academic publishing house of Muton in the Hague without any copyrights in the August of 1958.

The Swedish Academy had no more obstacles for awarding Pasternak, and on October 23, 1958 the Nobel cannon shot at the Soviet government. Pasternak received a Nobel Prize for outstanding merits in modern lyric poetry and for continuing the traditions of the great Russian novel.

He naively hoped to go to Stockholm and receive his Nobel Prize from the hands of the King but the authorities twisted the arms of the woman he loved, Olga Ivinskaya. Stunned by such consequences and gripped with fear for his beloved, Pasternak turned down the Nobel Prize, and sent a relevant cable to Stockholm.

The CIA operation was a success. The Soviet Union received a tangible blow. The Pasternak story revealed the shattering power of anti-Soviet literature in the West. Pasternak paved the way to a whole series of anti-Soviet publications which were crowned with the sensational "Gulag Archipelago," for which the dissident Alexander Solzhenitsyn was also awarded a Nobel Prize.