Taking the demons out of the relationship 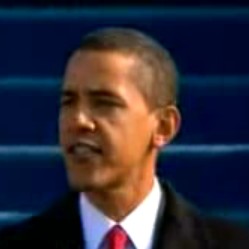 It is hard to argue with this for the simple reason that bilateral relations could hardly get worse than they are now.

First, there is an extremely high level of mistrust between the two countries. Both sides have lost almost all desire to understand the motives behind the other.

Second, U.S.-Russian relations are completely out of balance. When leaders make their usual statements about common threats or the challenges facing both countries, their words ring hollow. Even in areas where the interests of both sides clearly coincide, there is no real progress because each side tries to "sell" its cooperation at a higher cost than the other does.

Third, the mechanisms for maintaining healthy relations have dwindled. The multifaceted communication between Russia and the United States that existed during the Soviet era and the 1990s has today been reduced to nothing but formal contacts and the exchange of demagoguery.

What's more, the relationship is lopsided. The United States occupies a far greater place in Russia's political consciousness than the other way around. President Barack Obama's administration will not make Russia a top priority, although Moscow's relative importance might go up a notch or two depending on circumstances. If there will be any hypothetical relaxation of tensions between the two countries, it will not be because Washington sets that as a goal in itself but because it sees that Russia is actively helping to resolve problems that Washington considers priorities.

What exactly are those priorities?

Overcoming the economic crisis is clearly at the top of the list. Russia's influence in the global and U.S. economies is much smaller than that of China and Europe, and even the price of oil depends little on Moscow. More likely, the opposite will happen: In an effort to battle the crisis, the United States will implement measures that prove painful to other countries, thereby increasing tensions.

The Middle East will undoubtedly be another priority for the Obama administration. The Palestinian-Israeli conflict is at the heart of the region's problems, and Obama will try to address that endless feud as soon as possible after his inauguration. It is often thought that Moscow could play a positive role in the process, but Russia has had almost no influence with either side of that hopeless standoff. Moscow holds some leverage because of its veto power in the United Nations Security Council, but it will probably defer to the initiative of other states rather than take a leading role on this issue.

The situation with Iraq is similar. Moscow will do nothing to create conditions that would enable Washington to withdraw its troops more quickly, but it will not complicate the process either.

The United States cannot resolve the issue of Iran without Russia's participation. There is always the possibility that Russia could use its leverage with Iran to make it more amenable to compromise. At the same time, mutual progress on the Iran question might reduce the perception of that country's threat to Europe, thereby removing Washington's main argument for deploying elements of its missile-defense system in Poland and the Czech Republic.

Similarly, the Afghanistan problem cannot be solved without close cooperation between all of the regional powers — India, China, Russia and Iran. What support does Washington need? Obama plans to expand military operations there, but none of the countries mentioned will contribute troops.

Of course, it is possible that the United States wants to set up a fundamentally new system of collective security in the region with participation by all sides. That would support Obama's desire for change, but the likelihood of that scenario is probably low.

The area that causes the most friction between Moscow and Washington — the former Soviet republics — will remain a source of tension. It is highly unlikely that Obama will oppose the further expansion of NATO, but events in Georgia and Ukraine clearly demonstrate that the membership process should not be offered hastily. It is clear that neither country meets the objective requirements for membership.

Aside from the divisive questions of missile defense and NATO expansion, U.S.-Russian relations have become a bit less strained. That makes it possible to restore the balance and rebuild constructive bilateral relations.

But a psychological factor will play a role in U.S.-Russian relations owing to the fact that Hillary Clinton will be defining U.S. diplomacy as secretary of state. The Clinton name brings up direct associations with the 1990s, a period Russian propaganda views as a black hole from which Moscow miraculously escaped. On the other hand, those in former President Bill Clinton's administration who were responsible for dealing with Russia cannot but help to experience an unpleasant aftertaste now.

The clash of those two opposing perceptions of the same events — one Russian and the other American — does not bode well for creating a climate of trust. There is, of course, no foundation to the assumption that veterans of the Clinton administration will recreate policies of the last decade. They are all seasoned politicians and diplomats who understand perfectly well how much the world has changed since then.

But, in addition to the rational and professional evaluation of the current process, there is something that is harder to measure. That is the impression that the decision-makers from the Bill Clinton period will experience as they return to power — the feeling of wanting to complete unfinished business. For this reason, they might unconsciously try to resurrect policies from the previous decade despite a sincere desire by everyone involved to formulate a new approach.

Moscow's reaction to the resurgence of any "demons" from the past is fully predictable, considering that all parties involved are reaching the end of their patience.