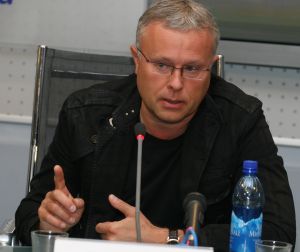 It's widely reported that the former KGB agent paid the 'nominal sum' of one pound for a 75.1 per cent stake in the famous daily.

The remaining 24.9 per cent will be retained by the Daily Mail & General Trust PLC.

The new owner is not expected to move the Standard from its current head quarters in London.

Lebedev's son, Evgeny, set up a UK holding company in December called Evening Press Ltd. This firm is likely to run the paper for the new owner.