Sports as the art of management 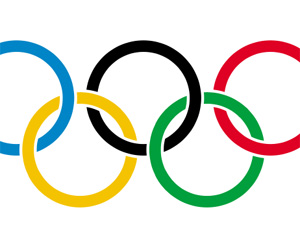 The term "university" is used very broadly today to refer to a wide range of educational institutions, including corporate and sectoral training centres, which is why it is important to explain the concept of the Russian International Olympic University as proposed by Sochi-2014 Organizing Committee and the Moscow School of Management SKOLKOVO acting as consultant.

Primarily, the Olympic University will focus on management in professional sports. It will not be a "sports school": there are many of them in Russia, and some have an excellent reputation with such names as Bykov, Gomelsky, Tarpischev and many other renowned coaches and sportsmen as graduates. Instead, the idea is to offer managerial education in sports industry meeting international qualification requirements. Management is a special art, constituting the core of any complex business-process, from marketing to logistics. It is the lingua franca to be learned and used in all branches and departments of any company, irrespective of its specialization, and in sports industry as well.

The Olympic University will allow to us train experts for the entire range of sports-related professions. Today, Russia needs such a university more than ever, as in 2014 it will host the Winter Olympics and this will be a new and challenging experience for the country, which, though one of the world leaders in winter sports, has never hosted such an event before. The world of sports is currently entering a truly new era, as winter sports are now becoming increasingly popular all over the world. In this context, Russia has a chance to become a supplier of sports management talents whose experience might be useful both in Russia and beyond.

As for the curriculum of the Olympic University, the plan is to teach sports event and venue management, media communications, sports governance, including development and administration of sports associations, federations, and committees, as well as development of sports diplomacy. Russia can hardly be called a trendsetter in this field, as only in recent years have our sports representatives at last begun to make their way into the various international organisations that set the general trends in the development of sports. I am not entirely sure that the curriculum of the new university will include athlete "breeding" as a separate field of study since it is not in the concept and is already taught in many other specialised higher education institutions. Yet it would be wrong to leave out entirely the anthropotechnics from the curriculum for sports managers. However, the core focus will be on management, as today, sport is not just a set of physical exercises for developing the strength of particular muscles but an industry worth billions of dollars. Consequently, the system for good athlete training and sports academy development requires fresh sports management talent.

All these ideas are outlined in the concept considered by the Russian Olympic Committee and other relevant agencies. At SKOLKOVO we are ready to share our unique expertise in developing new types of educational programmes and establishing totally new market brands. In the context of globalisation and educational unification, Russia's goal is to raise its brand awareness throughout the international market. This is true not only for education. The names of Oxford, Harvard or Stanford speak for themselves as symbols of the highest quality. Both SKOLKOVO and the Olympic University should pursue the same objectives.

Both schools will get the most of the international expertise and adapt it to the current situation in Russia. The goal is to have training programmes that will give both schools' graduates relevant knowledge to work both in Russia and abroad. It is also important to focus on practical applicability of education and, in this respect, to be closer to the corporate educational centres rather than academic ones. For example, from the outset, the entire system of the Olympic University will be incorporated into the Olympics 2014 training programmes, thus allowing its students not only to study the principles of sports management but also to acquire genuine hands-on experience in the context of real sports events and a sporting environment. From the very beginning, the focus is on training world-class experts, adapting staff selection and student enrolment rules accordingly. At the same time, it is also intended to make a full use of Russian and even Soviet experience.

Strange as it might seem, while eagerly embracing the market economy, we were too hasty in throwing overboard the brilliant Soviet achievements in the field of long-term strategic planning. We could all only benefit from this experience, which, among other things, might provide an opportunity for those of our compatriots that, for one reason or another, now live abroad, to participate more actively in Russian projects. Today we can already see the effectiveness of attracting such specialists, as well as of hiring foreign talent. Just remember the election of Guus Hiddink as head coach of the Russian national football team. Russia has now become quite an open country, able to guarantee all the requisite working conditions for the world's best specialists. On the basis of global economic trends and, in particular, the growing role of the emerging economies, such as the BRIC countries, we have now laid the groundwork for a unique breakthrough in many areas. One of these is sports. Our mission is now to train those who will be able to administer and manage these processes. This is our top priority today.