SKOLKOVO to partner with MIT Sloan 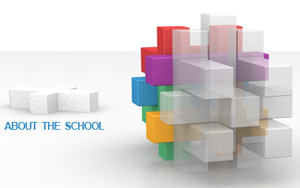 In a partnership between one of the world's most respected business schools and one of its newest, the MIT Sloan School of Management and the Moscow School of Management SKOLKOVO are launching a series of joint programs aimed at strengthening the Russian school's capacity in business education at the international level while exposing MIT Sloan faculty and students to a new range of global developments and challenges.

In a partnership between one of the world's most respected business schools and one of its newest, the MIT Sloan School of Management and the Moscow School of Management SKOLKOVO are launching a series of joint programs aimed at strengthening the Russian school's capacity in business education at the international level while exposing MIT Sloan faculty and students to a new range of global developments and challenges.

The institutional collaboration between MIT Sloan and SKOLKOVO, which will begin to offer Russia's first full-time MBA program when its state-of-the-art campus opens outside of Moscow this fall, includes classes and other training for SKOLKOVO MBA students in Cambridge and lectures by MIT Sloan faculty at SKOLKOVO. The partnership emphasizes project-based education, which is one of the hallmarks of MIT Sloan and a foundation of the SKOLKOVO approach. The two schools will also collaborate on a "Doing Business in Russia" program.

"It is an honor to be considered a trusted partner by MIT, one of the premier academic institutions in the world," said SKOLKOVO Dean Wilfried Vanhonacker. "There is a natural fit in MIT Sloan's expertise in project-based learning as well as its ability to stimulate entrepreneurship with SKOLKOVO's ambition to groom entrepreneurial leaders for fast-moving economies. SKOLKOVO brings a creative flair and ambition to a trusted academic institution, and both of us look forward to a mutually valuable partnership in research and in education."

The SKOLKOVO effort, said MIT Sloan Dean David C. Schmittlein, "ties into MIT Sloan's mission, which is to develop principled, innovative leaders who improve the world. Working with SKOLKOVO allows us to share and expand what we have learned about project-based learning and other approaches to management education. They will learn from us, and we will learn from them."

MIT Sloan has a long history of international collaborations, noted MIT Sloan Senior Associate Dean Alan White. "Our involvement in Russia goes back to the early 1960s, when we were involved in management studies with the Institute of Systems Studies and worked closely with two distinguished leaders of early management education in Russia, Drs. Jermain Gvishiani and Boris Milner," he said. "This collaboration with SKOLKOVO, which we expect to become a global leader in management education, represents a new era in our work in Russia."

SKOLKOVO Dean Andrei Volkov also noted the MIT-Russia link. "MIT was one of the few educational centers to work with our country in the field of science and technology during the cold war period," he said. "SKOLKOVO and MIT Sloan share a strong commitment to innovation and a focus on entrepreneurship. This partnership will help SKOLKOVO develop new kinds of programs using the latest solutions and teaching approaches."

MIT Sloan Prof. Simon Johnson, who will play an active role in the joint effort, said current global conditions create a unique educational opportunity for students and faculty on both campuses. "As the world has become more unstable, it is a big shock to managers in many countries," said Johnson. "But people working in emerging markets can take it more in stride since they have been dealing with instability for a long while. The difference between emerging markets and developed countries is shrinking, and we all need to figure out the implications for management practice. Russia, which is filled with innovators in this regard, is a great place to do this. That's why MIT Sloan and SKOLKOVO both look forward to ongoing and close collaboration in teaching, research and other areas in the future."