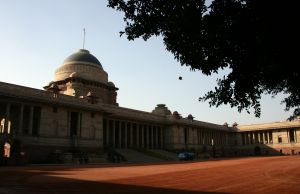 Is good is not good enough when better is expected? That is a dominant question in Moscow about the oncoming Year of India in Russia, to be opened on February 17 at a Kremlin concert.

The Year of Russia in India was launched by then-Prime Minister Victor Zubkov and closed by President Dmitry Medvedev. At the moment it is unclear which Indian leaders will perform the reverse formalities in Russia, a worrying fact for some in the diplomatic community.

Another issue is the Year of India's events timetable, compared with the Year of Russia 12 months ago. From a strictly formal point of view the Indian agenda looks a little less exciting, but it is still a thoughtful and reasonable programme.

A year of one country in another boils down to massive, government-sponsored promotion. Of what? That depends. If commercial ties lack proper infrastructure, the stress is on business. If a language barrier is hampering ties, the stress is on language education. And so on. Positive intentions cannot be questioned.

The Indian programme may not be as glamorous, but on closer inspection it is very carefully constructed. Starting with business seminars organised by the Indian Confederation of Industries, it will end on massive Indian participation at the Moscow book fair in September.

Other good ideas include a stress on Indian fashion - arts and business in one package - and a couple of get-togethers on space exploration, the hot topic between the two nations.

Indeed, if you study the previous corresponding Russian programme, certain parts seem more lengthy than substantial. The Indian list is lacking that disadvantage.

The feelings of the rather small Indian lobby in Russia bring much food for thought. Some wonder if India is more important for Russia than Russia for India, but it cannot be denied that the relationship has entered new and promising areas. So is it fair, at this early stage, to ask if it's all not good enough? Sluggish trade, diminished cultural contacts and slow arms delivery from Russia are problems, but we are always working to improve bilateral productivity.

There is also the media effect. Many people in Moscow were shocked by the Indian media's lukewarm coverage of Russian Year events; during a video conference between Moscow and Delhi, both sides expressed disappointment. Those who do not understand the government-influenced Russian media may have a similar shock during the Indian Year in Russia: there is a fair chance Indian events will also fail to be noticed.

India may be inclined to let nature take its course, trusting the instincts of Indian traders. If they see better prospects in Europe rather than Russia, we will have to live with it. However, Russian friends of India prefer to think that the two governments must first apply a little more pressure to bring our nations closer together. Only after that should nature be allowed to take its course.