The case for joint effort 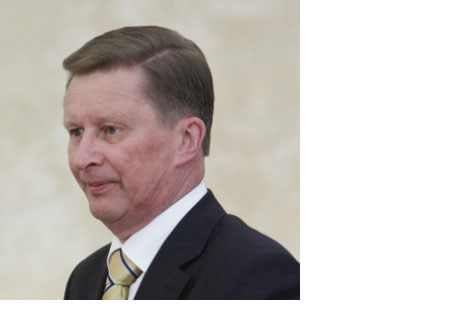 May I, as one of Munich old-timers, wish every success to the Conference and specifically to Mr. Ischinger in his capacity of its new Chairman. The level of participation and the way we have started to-day show that Munich Conference on Security Policy remains an international forum of a very high standard.

Russia has invariably favored strengthening the UN role in maintaining peace, international security and stability, working out strategies to counter modern challenges and threats affecting all states without exception.

Our priority remains to ensure integrity, viability and effectiveness of the international legal basis, regulating the issues of disarmament and non-proliferation.

The major international agreements such as the Treaty on the Non-proliferation of Nuclear Weapons (NPT), the Comprehensive Nuclear-Test-Ban Treaty (CNDN), treaties on the prohibition of chemical and biological weapons presume the need for universalization and attaining through joint effort their unconditional implementation.

We stress the fundamental importance to guarantee openness of the multilateral disarmament and non-proliferation mechanisms to ensure participation, on equal footing, of the countries showing interest and capability to make a meaningful contribution to the process.

The START I treaty, which has played a historic role in nuclear missile disarmament, is due to expire on December the 5th , 2009. It is time we move further.

In 2005, we invited the US to conclude a new arrangement to replace it. We believe that it should be legally binding and provide for further reductions and limitations both of strategic delivery vehicles (intercontinental ballistic missiles, submarine-launched ballistic missiles and heavy bombers) and their warheads.

It is crucial to make a good use of the tested-by-time experience of START I treaty while drafting a new arrangement including, in particular, the ban to deploy strategic offensive arms outside national territories.

However, our commitment to continue this process in a positive manner should not be translated as refusal from certain major approaches. First and foremost this concerns uploading capability problem. Our point of departure is that any deviation in this sense from basic principles of START Treaty leads to the emergence of uploading capability, which in fact provides means for quick acquiring decisive military superiority in the area of strategic offensive arms.
We expect a constructive response of the new US Administration in this matter and generally to our proposals. This will allow to arrive in the foreseeable future at an arrangement which will mark a new substantial step forward along the road to missile and nuclear disarmament.

Our principle attitude to the issues of anti-missile defense development remains very much the same. We are confident that the creation and deployment of missile defenses of various types affect directly regional and international security. If one does it unilaterally without due respect of the interests of strategic
stability of other parties involved as, for instance, is in the case with fielding of the US missile defense European site, the situation cannot but result in increased tension.

The potential US missile defense European site is not just a dozen of anti-ballistic missiles and a radar. It is a part of the US strategic infrastructure aimed at deterring Russia's nuclear missile potential.

Of course, implementation of transparency and confidence-building measures proposed by Russia with regard to the US missile defense European site might certainly mitigate some of our concerns. However, such measures are not to be considered as an alternative to our response. The Sochi Declaration of the Russian and US Presidents clearly states that Russia is opposed to the deployment of the US missile defense European site.

Now a few words about Treaty between the US and the USSR on the elimination of their intermediate range and shorter-range missiles [Intermediate Nuclear Force Treaty] (INF).

Generally, the situation here looks, indeed, alarming. During 20 years after signing of the Soviet - American INF Treaty many countries (North Korea, China, Pakistan, India, Iran, Israel) have acquired such delivery vehicles. And, by the way, all of them are situated near our borders. That is exactly the reason why the US and Russia have come forward with a joint initiative to ascribe INF multinational nature.

As far as nuclear non-proliferation is concerned, our main priority remains to increase the efficiency of the NPT.

The next NPT Review Conference will take place as soon as next year. It will become an important landmark in our joint efforts aimed at strengthening the nuclear non-proliferation regime. We hope that the year 2010 Conference will be marked with constructive and productive work.

The Comprehensive Nuclear-Test-Ban Treaty (CTBT) is an important instrument for strengthening the international regime of nuclear non-proliferation and nuclear arms limitation. Russia has ratified the CTBT in year 2000, and has been consistently promoting its early entry into force. Observance of the nuclear tests' moratorium, however important it might be, is no substitute for legal obligations under the CTBT. We therefore urge all countries whose participation is vital for this Treaty's entry into force to sign and/or ratify it as soon as possible.

Monitoring activities by the International Atomic Energy Agency (IAEA) is yet another important way of strengthening the nuclear non-proliferation regime. We view the Additional Protocol to the IAEA Safeguards Agreement as an effective tool to enhance potential of the Agency in this respect.

We expect that all countries, which have not yet joined the Protocol, especially those involved in significant nuclear activities or possessing large stocks of nuclear material, will accede to it at the earliest possible stage.

Nowadays, there is a growing interest in peaceful nuclear energy as a dependable means to ensure national energy security.

In our view, international cooperation in what concerns the nuclear fuel cycle should be promoted aiming at providing a cost-effective and feasible alternative to creating all its elements on the national level. Russia has proposed multilateral cooperation in developing the global infrastructure of the nuclear energy sector and in establishing international centers to provide nuclear fuel cycle services. We have already contributed to the implementation of this initiative by setting up of the International Uranium Enrichment Center on the basis of the processing facilities in Angarsk. The project has already been joined by Kazakhstan, with Armenia and Ukraine finalizing entry formalities.

One of the challenges both to the international non-proliferation regime and to the international security as a whole is the threat of nuclear terrorism. Consequently, we regard the Russian-American Global Initiative to Combat Acts of Nuclear Terrorism launched in 2006 by the Presidents of Russian Federation and the United States as a major contribution to the global security. The Initiative is already being implemented and is growing in scale. The number of states participating in the Initiative has reached 75. We consider it to be a good example of how we can cooperate in the modern world in addressing new challenges and threats.

On the other hand, the long-lasting reluctance of NATO to bring the 1990 Treaty on Conventional Armed Forces in Europe (CFE) in line with the new realities and expansion of the Alliance - despite certain countries' security interests, has forced Russia to suspend the Treaty.

At the same time, Russia has proposed a distinct program to restore viability of the European control regime over conventional armaments. Our proposal still applies. We are prepared to continue and intensify the dialogue. And if one believes that the existing control regimes are inadequate (which, indeed, seems to be the case), we should reinforce them. Russia is ready. Until now, our parters' point of departure was that Russia could be persuaded to make concessions in exchange for the promise to consider its "anxieties" at a later stage. As President Medvedev has recently stated, "national security cannot depend just on promises". In other words, our partners' approach is based on a false assumption and does not leave many chances for this problem's early solution. Meanwhile, time factor and some of NATO countries' own decisions are working against CFE itself.

Missile proliferation problem remains the source of our serious concern, which has only multiplied in the absence of control arrangements similar to those of WMD - namely related to WMD delivery vehicles. The situation with small- and medium range missiles' proliferation - as I have already mentioned - is an obvious demonstration of the fact.

And finally, we participate in multilateral export control activities, including Wassenaar arrangements for control of conventional armaments and dual use goods and technologies, the Nuclear Suppliers Group (NSG) and the Missile Technology Control Regime (MTCR). We are convinced that results of cooperation for the non-proliferation purposes could be better if Russia participated in the Australian Group.

No doubt, WMD non-proliferation regime should be strengthened through international cooperation and leaders here should be naturally USA and Russia. Moscow is ready to work closely with the new Obama Administration.

Before I leave this podium may I take the opportunity and suggest that politicians improve their economic thinking in the situation of the global financial and economic crises when the world just cannot afford speeding up expenditure on arms race. And very finally: should we keep the trend when the market conditions improve?

Thank you for your attention.